Suzuki Stadium will see some of Queensland’s best Under 18 rugby league talent on show this Sunday, when it stages the Mal Meninga Cup grand final between the Souths Logan Magpies and Western Mustangs.

Finals football is a familiar situation for Magpies coach Lane Bird, who led his Under 16 Magpies to the Connell Cup grand final last year.

While his side ultimately came out on the wrong end of the match (after going up 18-4 in the first half they fell to a thrilling comeback by the Townsville Blackhawks) – it’s not something he and his side have though about going into this year’s decider.

“We’ve only got three kids from that squad from last year in our current batch of 25,” Bird said.

“It’s a pretty different squad from then, so we haven’t really spoken about last year at all.

“We’ll just concentrate on us and do our job and if we do our job, hopefully we get a result this Sunday.”

The Magpies are in the grand final thanks to a 34-16 semi-final win over the Redcliffe Dolphins. 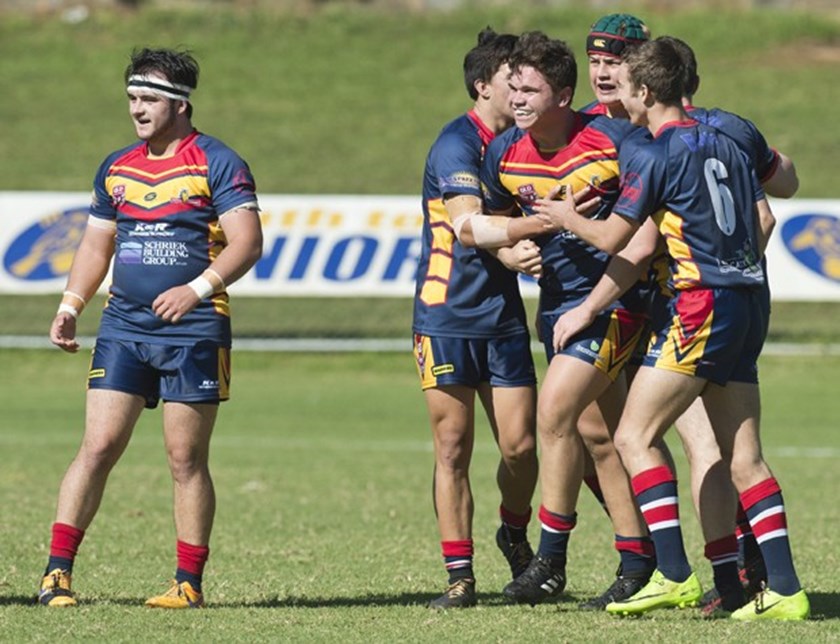 The Mustangs Under 18s will represent the Darling Downs region. Photo: Toowoomba Chronicle

The Western Mustangs are representing their region in the final following a electrifying 29-22 victory over the Easts Tigers.

Mustangs coach Eugene Seddon credited his team's preseason preparation for this year's success so far and did not want to change much going into today’s match-up.

“There’s nothing new that we can put on the boys’ plate this week, they’re not going to get any fitter, so we’re going to take a fairly relaxed approach,” Seddon said.

With the state title up for grabs, both teams are preparing for a real battle and understand victory will not come easily.

“Souths Logan have probably been the benchmark all year with a quality side and quality players across the park, we certainly know we’re going to face a stern test this weekend,” Seddon said.

Bird had similar praise for his team’s opponents and was looking forward to seeing a good game.

“With good sides in the Under 18s and plenty to play for it’ll be exciting,” he said. “There will be some nerves on both sides, but hopefully we can have a complete game of footy.”

The Mal Meninga Cup final will take place at Suzuki Stadium, Langlands Park on Sunday, May 7. Kickoff is at 10am – and if you can’t get to the game – watch the QRL Live Stream.

The winner of this Sunday’s final will go on to play in the National Final next Saturday (May 13) against the NSW SG Ball winners at Belmore Oval 11am.