On the same day that second-place Norths lost to lowly-placed Mackay, Burleigh failed to capitalise and establish a clean break between it and a pursuing pack of clubs.

The contest at Jack Manski Oval was tied 6-all until five minutes from fulltime, when half Zach Clay potted a field goal to make the score 7-6.

Then, as the siren began to warm, ever-dangerous Jaelen Feeney crossed for a converted try to blow out the final margin.

The Blackhawks also stole the best attacking record in the league from the Bears, and have tightened the screws in defence considerably since the opening month.

It wasn't all rainbow and lollipops for the home side however, with both Cade Maloney and Ross Bella forced to leave the field for head injury assessments when the game was still in the balance.

Burleigh welcomed back playmaker Dallas Wells from injury but did not have Ben Hannant available for selection and is still without spearheads Jamal Fogarty and Kurtis Rowe.

The depth of the Bears is unquestionable though, with NRL-experienced pair Matthew Robinson and Joe Greenwood coming off the interchange, along with fringe Gold Coast Titans selection Jye Whitbread.

Greenwood has been in the spotlight this week after the Titans said they would allow him to explore options to return to England and play Super League.

He only received 23 minutes for the Bears against the Blackhawks, coming on in the 32nd minute and being replaced in the 55th minute.

Last season he played 22 games for the Titans, but has yet to feature in one this season for the NRL outfit. 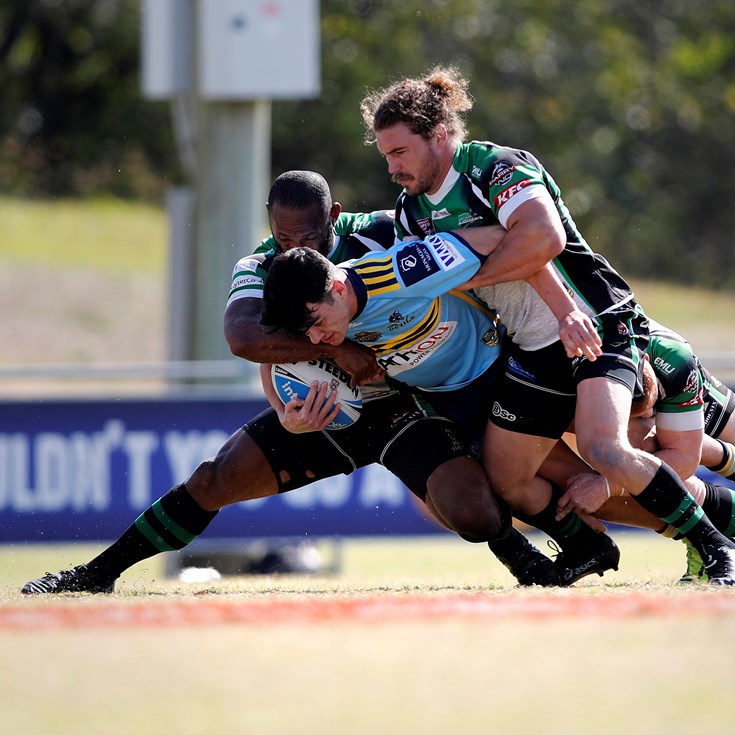 Decided on the last play of the game