In a exciting development, approvals have been made for the PNG Hunters and Norths Devils to take part in a Country Week game in PNG.

The Hunters this week announced they will play the Round 19 Intrust Super Cup Country Week game against the Devils at the Lae Rugby League ground in Morobe Province on Sunday July 22, 2018.

The approval was granted after the QRL inspected the ground at Lae to ensure it was up to standard and made recommendations for improvements to allow the game to go ahead.

PNGRFL CEO Reatau Rau made the announcement of the PNG game at a media conference in Port Moresby on Wednesday.

“Queensland Rugby League’s competition manager Dave Maiden confirmed early this week that the outstanding issues in particular the condition of the playing surface and these have met the requirements set and the game would proceed as scheduled,” Rau said.

“Lae Rugby League administrator Adrian Chow has been constantly updating the QRL and we are happy that the ‘green light’ has been granted.”

Rau said the theme for the Country Week was – Get in the Game – and this includes community engagements and conducting coaching clinics which the Hunters players and staff will attend to.

“The QRL has advised that activities such as clinics, school visits, junior league visits, coaching and referees course updates and female participation visits must be undertaken at each host venues,” Rau said.

He said the first game on that day will be a Digicel Cup Round 16 clash between Lae Snax Tigers and EPG Enga Mioks.

“I’m glad to announce that both franchises will be involved in promoting the Country Week theme with the Hunters,” he said.

He said an itinerary on when the Hunters players would travel to Lae and a program of the community engagements leading up to game day was to be released next week.

“We will also release the ticket prices, outlets where you can purchase tickets from and when they go on sale, next week,” Rau said.

“But I can say that the cost is affordable and will be across the board for all stands.”

He acknowledged the support from the QRL and all the Hunters partners and sponsors.

“On behalf of the PNGRFL Board Chairman Sandis Tsaka, Directors and all stakeholders, I thank Dave Maiden and staff of QRL for their confidence to host the Country Week in Lae,” Rau said.

“This is the first time for residents of Lae and the Highlands who may be travelling down by road, to see the Hunters play in Lae,” he said.

“Both games will be televised ‘live’ out of Lae and we plan to deliver the standards and experiences applied in Port Moresby to make the Get in The Game Country Week a success,” Rau said. 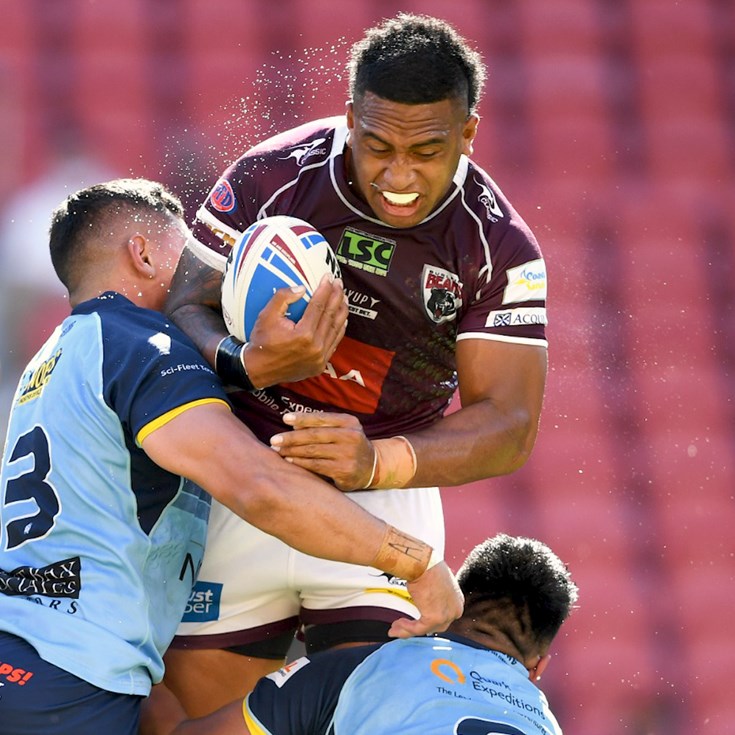