Jai Arrows concedes his body has taken a toll from his first season as a starting player but he will go into Saturday's clash with the Panthers the freshest he has felt since the State of Origin series ended in a month ago.

Arrow suffered small tears to his posterior cruciate ligament in Origin III and missed the Titans' next game against the Roosters. The Maroons forward played little more than half a game against the Knights and Warriors as he struggled to manage the injury.

However, against Parramatta last weekend his form was back to near the level that made him a must-pick selection for Queensland and he explained that was partly because he ditched strapping he'd worn on the knee, which was causing complications.

"My knee has restricted me a bit, it is starting to come good now," Arrow said. "It restricted my running with the strapping on and did things to my body I didn't think it would do – my lower back and hamstrings and calf were really tight on that leg.

"The body is starting to feel a little fresher now and I am starting to manage myself better than when I first had the knee injury.

"I wouldn't say I've been in my best form the past two weeks but it's something I'm not worried about. I'm just worried about this week playing good for the guys from now.

"This is my first year I have been playing big minutes and technically my first full year in the NRL. It takes a toll on the body but I'm feeling fresher now."

Gold Coast are desperate to improve their 2018 home record of just three wins from seven games at Cbus Super Stadium - and their poor results against the top-eight teams of two wins (against Brisbane and the Warrior) in 11 matches.

Coach Garth Brennan threw out a challenge on Tuesday for the Titans more experienced men to stand up and add some consistency and starch to their performances.

"In patches we have given it to the top teams; we showed against the Roosters and Melbourne in the first halves we could match them but we fall in patches that we don't want and find ourselves on the back foot.

"When we do have lapses they're pretty big and teams have put 18 points on us in 10 minutes.

"We have to fix that up defensively.

"We all need to take accountability with our inconsistency. We do have a young squad and young halves but I don't think that's an excuse and I back Garth in saying we all have to stand up and do the job." 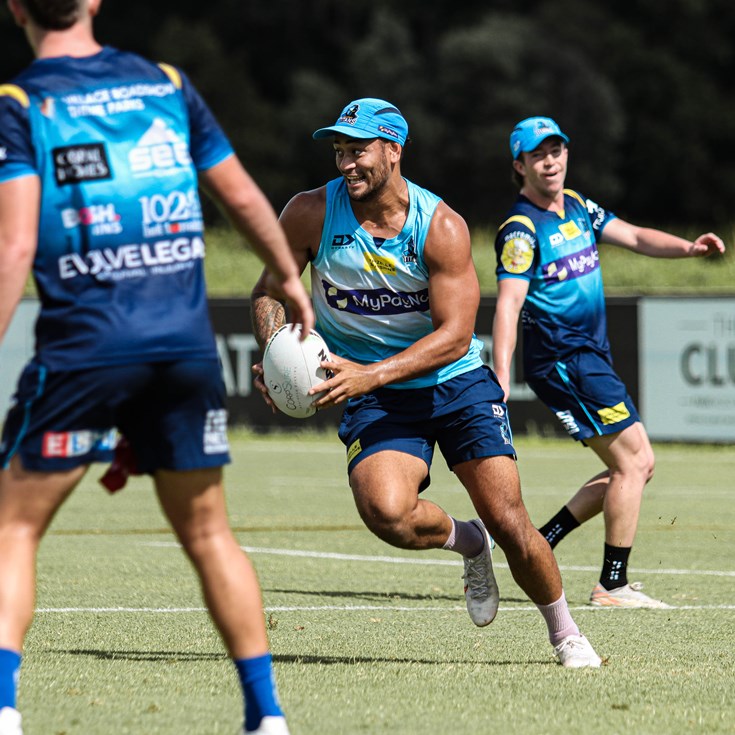