The next generation of stars from NSW and Queensland have the opportunity to showcase their skills on the big stage when the under 18 interstate clash kicks off on Friday night as a curtain raiser at North Sydney Oval.

Promising NSW backrower Maddison Weatherall isn't a household name in the women's rugby league landscape yet but her commitment to the game has been felt in spades over the past three years.

The 18-year-old has had to bide her time through the junior systems at St George Illawarra despite dominating at the emerging levels.

In 2016 she was ineligible to play in the TG Cup as a 16-year-old but still attended every game to support the Illawarra Steelers.

This week she was elevated to the Dragons' NRL Holden Women's Premiership squad after earning rave reviews from coach Daniel Lacey.

"My brother played SG Ball and I had to be at games a lot earlier so I could watch every game the girls played and I just wanted to join them," Weatherall told NRL.com.

"It was annoying not being allowed to play. I've got three older brothers and a younger brother who we all used to throw each other around in the backyard.

"Being the only girl I got into footy through them. I'm trying to get bigger opportunities this year and being able to play at North Sydney before the main game is a really big thing for a lot of the younger girls."

Maroons fullback China Polata, who got her first name from her Ukrainian mother and Tongan father, started out playing netball and rugby sevens before teammates encouraged her to play rugby league.

Penitani's journey from sevens rugby to State of Origin

"From what my parents told me before I was born they struggled to come up with a name for me because Dad had a thick Tongan accent and couldn't pronounce anything Mum suggested," Polata told NRL.com.

"And then walking past a store one day Dad saw a china doll and came back to say I want to call her China because she's going to be pretty and mum agreed.

"And now I'm playing rugby league with dirt and bruises all over my face so I guess I'm not exactly living up to my name."

Polata said the curtain raiser event was the perfect opportunity for players to be  seen by talent scouts ahead of the NRLW season after most missed the opportunity to play at the National Championships due to age.

"That's my goal, to hopefully be noticed and do well for different clubs whether it be the Broncos or Roosters, I'll play wherever or join a development squad," Polata said.

"Playing NSW on their home turf is a massive chance and I'm itching to come down here and give them a bit of push and shove." 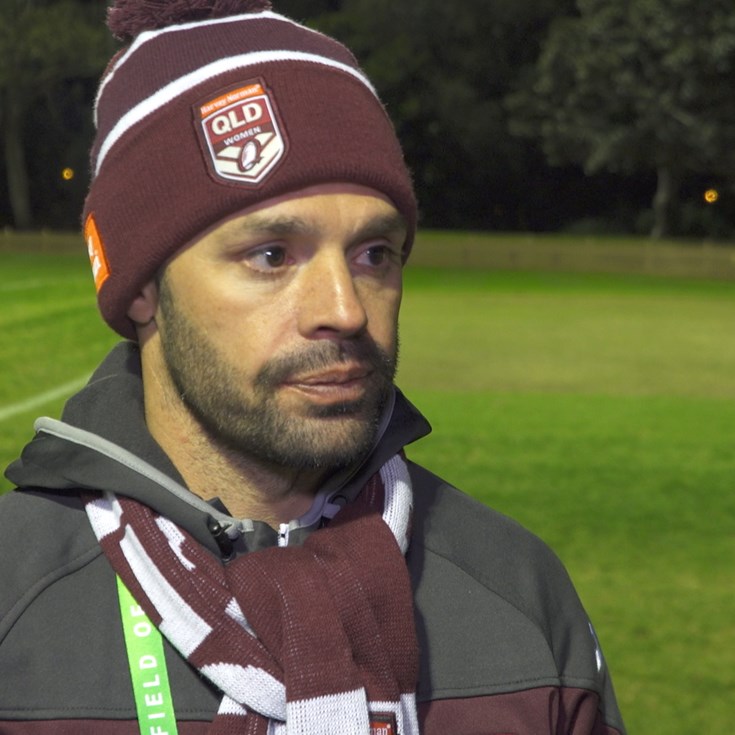 Emma Manzelmann: Unbeleivable to be honest