As Tonga prepare to face Great Britain on Saturday night, coach Kristian Woolf believes the time has come for his side to show they deserve to be part of regular matches against the best in the world.

After their giant-killing run at 2017 Rugby League World Cup – in which they beat the Kiwis in pool play as they went all the way to the semi-finals – Tonga have tasted victory just once in three games, beating Samoa in the middle of last year.

In the last 12 months they have played Australia and New Zealand, losing 34-16 and 34-14 respectively, with Woolf wary of ensuring his team don't become a one-hit wonder against top-tier nations.

"This is our opportunity to show we belong here," Woolf said.

"We are playing the best nations in the world, what we need to show is that we can be really competitive every time we take the field.

"We've got the players, we've got everything we need, we just need to go out and play really well.

"We get the opportunity then to be a genuine player on the international scene."

In addition to taking on Great Britain at Waikato Stadium, Tonga will get another shot against Australia on November 2 as part of the triple-header at Eden Park in Auckland.

Captain Jason Taumalolo said the main lesson from those recent losses had been the need to complete well and ensure they did not burden themselves with long periods of defence.

"We can't spend most of the game defending, so completions are a big one for us tomorrow night," Taumalolo said.

"With the team we have we can't be giving away easy possession. We did that against the Kiwis and the year before against Australia.

"If we want to stay in the game we have to hold onto the ball. Too many times we have given other teams possession and they have punished us."

After lamenting a poor showing from his makeshift halves pairing – and an all-round lack of game management – in the loss to New Zealand in June, Woolf said he was confident it would be a different story against the Lions.

Tonga have halfback Ata Hingano back from injury, while playmaker Tuimoala Lolohea comes into the game in good form having only weeks earlier led Salford to the Super League grand final.

"I think a big thing for us there is the way Tui Lolohea has finished the year over at Salford," Woolf said.

"He finished the year terrific over there, I thought he was really good in the final.

"He's fit, he's confident … I think you are going to see a much-improved player there.

"The halves has always been the area that we have had the least experience in I suppose and having Ata there as a genuine half and an experienced half certainly helps."

Tonga are set to take the field as named, with no injury concerns coming out of training this week. 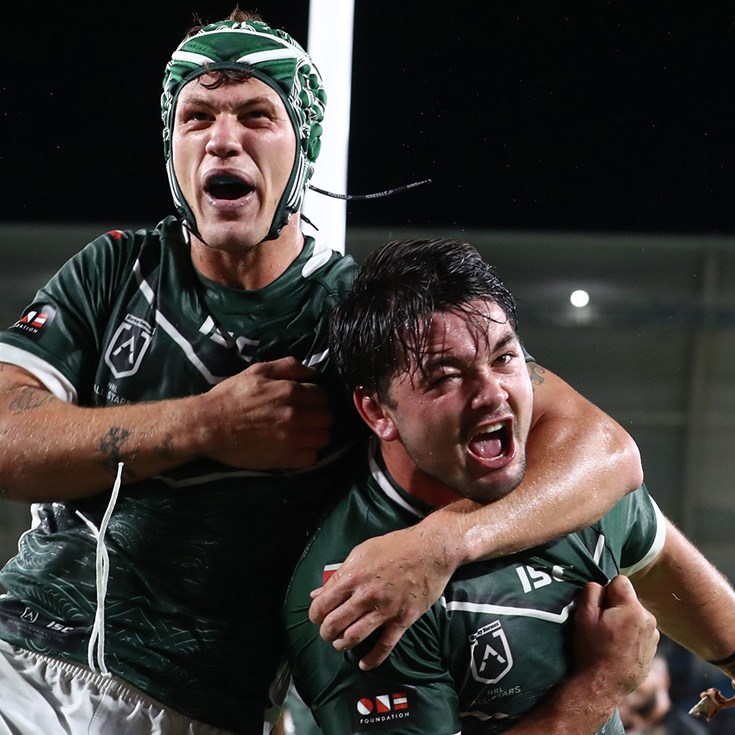