Patrick Mago has secured a new one-year deal at the Rabbitohs after winning over coach Wayne Bennett with a blistering pre-season at Redfern.

The 25-year-old prop joined the club on a train and trial deal after being released by the Broncos at the end of last year.

Bennett said he was confident Mago would follow in the footsteps of Rabbitohs prop Liam Knight who secured a four-year extension at the end of a breakout season in 2019.

Mago played two first grade games at the Cowboys in 2017 before joining the Broncos the following year where he played 12 games under Bennett at the back end of the season.

He failed to play any NRL last season at Brisbane and played the year in Intrust Super Cup with Souths-Logan.

How Latrell’s signing impacts Souths and other clubs

"When he came to the Broncos in 2018 we thought Pat did a great job for us," Bennett told NRL.com.

"Last year was last year and we all know what happened at the Broncos, but we took him on a train and trial situation here and he will be getting himself a contract, and he's really earned it.

"Pat has worked really hard and lost the weight he needed to lose. I've been really pleased with him and he should be really happy with himself.

"I'm sure by the time this season is over he will be a bit like Liam Knight and there will be a longer deal there for him. That is what we are all hoping for."

Bennett said the best was yet to come from Mago who will bolster the middle forward stocks of South Sydney after the retirement of Sam Burgess and move of George Burgess to Wigan.

Mago has lost five kilos in the pre-season and Bennett said he was on track to get down to his "ideal playing weight of 112 to 114 kilos".

"Pat is much more highly skilled than you realise and he's quite a good defender," Bennett said.

"He has got a hit in him but doesn't miss tackles and for a big guy he doesn't appear to be mobile but he does cover the ground really well.

"Pat has also got really good hands. We don't see that too often but he has the smarts to know when to pass and when to hold.

"He has a lot of things we haven't seen yet but we see them all the time at training. We don't have a lot of middles either, and at 115 kilos he is a great weight.

"Pat is a really nice guy too and has fitted in well with all the players here."

Souths-Logan CEO Jim McClelland, who has a 40-year association with Bennett, said he expected Mago to thrive under his former Broncos coach.

"Wayne is the king of getting the best out of young players and Pat Mago is still young," McClelland told NRL.com.

"Wayne wouldn't have taken him if he couldn't get the best out of him and Pat has got ability and size to do well, and he is a super kid.

"Hopefully Wayne can find that X factor he needs to get Pat consistently playing first grade." 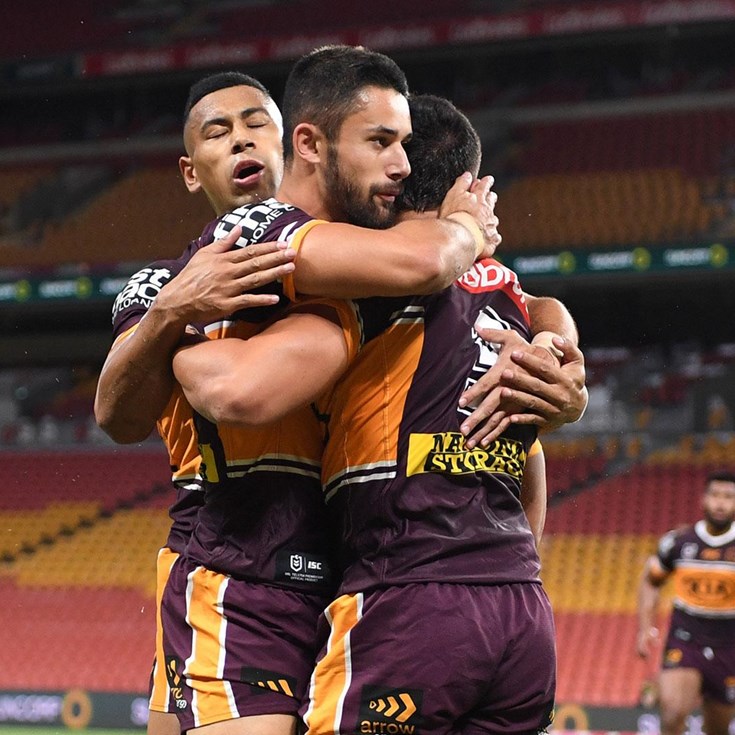