Newcastle have pulled off a handy recruitment play before their round three clash against Penrith by securing Broncos veteran Andrew McCullough for the 2020 season.

"We are in a position thanks to good governance from Alex McKinnon to have a top 30 spot available to secure someone of Andrew McCullough's calibre," O'Brien said in a statement.

"We have faith in the depth of our roster but also recognise that promising talent Chris Randall is on the start of his journey having joined the team as a train and trial player late last year.

"Connor Watson is another exceptional player who can fill the role at nine but given his versatility it's important for the make-up of the team to keep him in his current explosive role.

"Taking a holistic approach to the team, the recruitment of Andrew McCullough gives us valuable experience at the highest level."

The Knights started the season 2-0 but face a challenging first month of the revamped season with clashes against the Panthers, Raiders, Storm and McCullough's former club the Broncos.

"We are on foreign ground with the draw stating we have to play 18 game straight and we need to forward plan," O'Brien said.

Meanwhile, Broncos CEO Paul White thanked McCullough for his services to the Broncos in a career that spanned more than a decade.

"We wish Andrew and Carlie all the best in what will be a new and exciting opportunity for them," White said.

"He has been a favourite son of the Broncos for a long period of time and has always been so well respected by his fellow players and staff.

"It is a sad day for the Broncos to see him depart Brisbane, but he will always be welcome back here at the club." 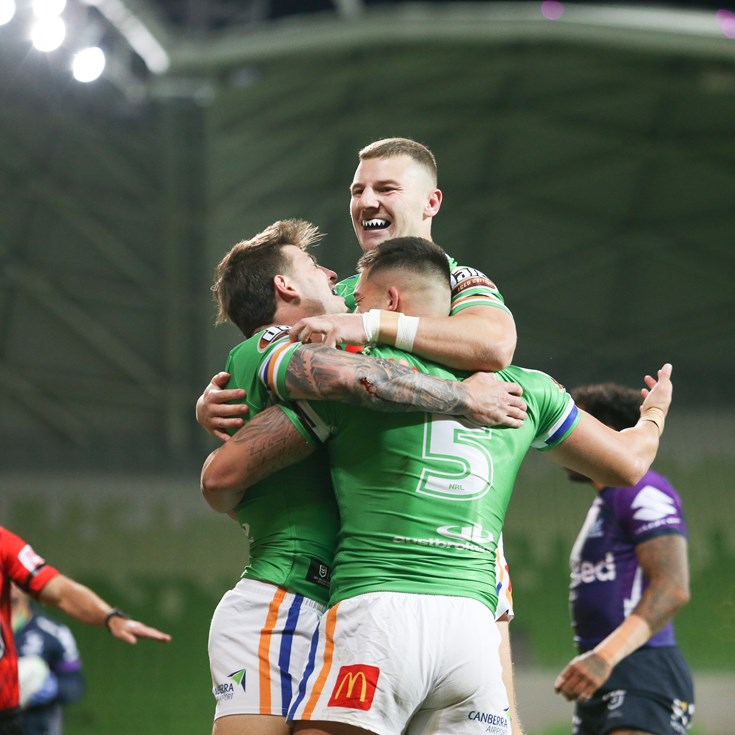 Taunoa-Brown scores as Warriors down Dragons

Maguire: Harry Grant will benefit from the break

Coach Green likes what he sees as Holmes finds his groove