Eels recruit Keegan Hipgrave says it is his confrontational style that landed him on new coach Brad Arthur's radar and will continue to fine-tune the balance between aggression and madness in his game.

The physical back-rower earned a reputation as a penalty-prone firebrand over four seasons on the Gold Coast but improved in that department markedly in 2020 and a conversation with the Eels coach evolved shortly after the season concluded.

"I met Brad a couple of years ago – at first look he was just a really tough, honest coach but he's really genuine as well, really cares about his players," Hipgrave said.

"He's always going to be honest with you and that's exactly what I wanted and one of the main reasons I wanted to come to Parramatta.

"I had a really good conversation with Brad a couple of weeks after the season. Parramatta played so well last year and fell just short. I think with a couple of finishing touches this year we can have a really successful season so after talking to Brad I was really stoked to come here.

"One of the main things he said was he liked my tough, aggressive nature and thought I'd fit in really well in the side under him with the players we've got around us."

Hipgrave conceded just five penalties in 13 games last season, having gone at a penalty per game the three seasons prior. That consisted of five in seven games in 2019, 17 in 19 games in 2018 when he was also sin-binned twice in the same game, and four penalties on debut in his only game of 2017 for a total of 26 in 27 matches.

"When I first came into grade a couple of years ago I trod the line pretty closely just because I wanted, I don't know, I was really competitive and wanted to win everything," Hipgrave added.

"[Arthur] loves the tough, aggressive nature, it's just a matter of picking the right times."

The Eels are well set for edge forwards, with big-minute duo Shaun Lane and Ryan Matterson locking up the starting roles, some young guns pushing up to first grade and Hipgrave's fellow ex-Titan Bryce Cartwright also offering an edge/utility option.

Hipgrave said as a result he had been training both on an edge and in the middle as he targets a spot on Arthur's bench, though he also offered heavy praise for Cartwright's progress at Parramatta.

"Carty's a really good mate of mine on the Gold Coast so when I found out he signed at Parra I was so stoked. He's a great guy and he's training so well at the moment which is awesome for him," Hipgrave said.

"He came back so fit. He's leading all the fitness stuff with us forwards. He's a skilful player. He's in a great environment here, he's been training well and killing it.

"I've got a good little crew down here. These boys make it so easy to come into a side like this.

"I played Australian Schoolboys with Ray Stone. I played Broncos under-20s with Tom Opacic. I knew a couple of the boys coming in." 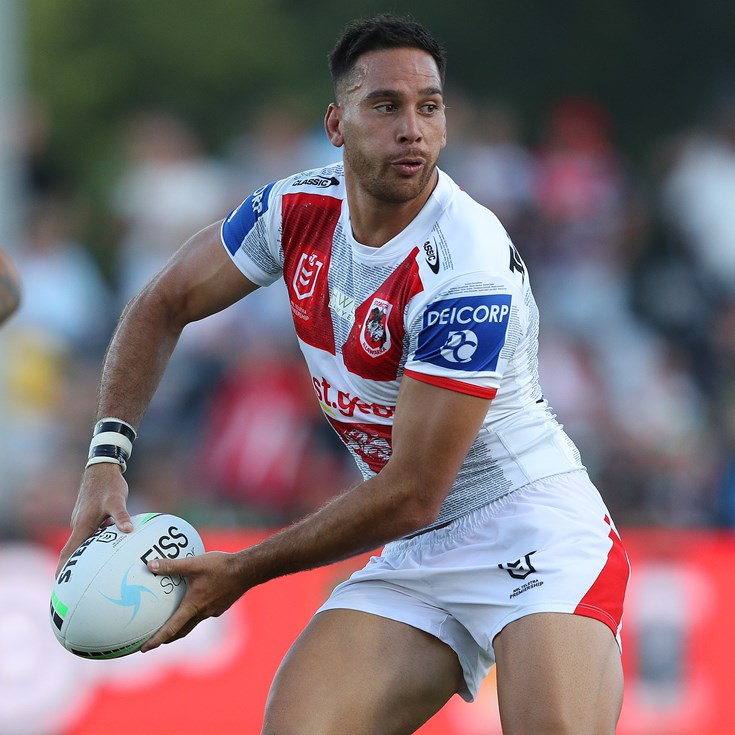