Defending champions Toowoomba Clydesdales will meet Sunshine Coast Falcons in the 47th Battalion grand final at Salter Oval today in a repeat of when the showpiece carnival was last held in 2019.

The Clydesdales kicked off their campaign with winger David Armstrong bagging a hat-trick in a 34-8 defeat of Wide Bay Rangers in the first match of the tournament yesterday morning.

But their semi-final in mid-afternoon went right down to the wire, before they edged out Rockhampton Rustlers 24-20, with both teams notching four tries, but the boot of Dwayne Duncan the difference, as he kicked four conversions from as many attempts.

Fullback Dylan Chown grabbed a double for Toowoomba, while hooker Jack Pattie did likewise for Rockhampton, but they were left to rue the one that got away.

Rockhampton had started with a 28-6 victory over Wide Bay Rangers after scores had been locked together at 6-6 at half-time.

The Falcons also hit the ground running, white-washing Gladstone Raiders 46-0 in a nine-try romp, with a hat-trick to flashy centre Kurtis Shayler, and Bundaberg product Jake Egan coming off the interchange bench to be among the try scorers.

They overpowered South West Country Stockmen 36-6 in their semi, with Shayler crossing for another try and winger Walter Lauenstein snaring a double.

Hosts Bundaberg Bears will meet the Rangers in the plate final at 12pm after they bounced back from a first-up 18-6 defeat at the hands of South West when interchange player Charles Aitken was a match winner for the Stockmen with two tries.

They were able to bounce back in the afternoon, accounting for Gladstone 16-0  with tries to centres Layton Chambers and Jeremiah Pati and interchange back Marcus Tanner.

They will be fresher than the Rangers, who had to play three games yesterday, but Wide Bay will be no pushovers after they competed strongly with Rockhampton until succumbing to fatigue over the last 15 minutes, but regrouped and ground out a 22-14 triumph over Gladstone in their third match in six hours.

Former Bundaberg junior star, five-eighth Zac Dann - who has lived in and played for Gayndah for the past six years - was one of their best, chalking up eight points with a try and two conversions.

Western Mustangs are the only unbeaten team in the round-robin Women’s competition after beating Sunshine Coast 24-14 and Rockhampton 30-4, after the Rustlers had won their first two matches - against Central Highlands 20-18 and Gladstone 18-8.

The Highlanders picked themselves up after two defeats, also succumbing to Sunshine Coast 12-6, to finish their day with a 16-12 despatch of Gladstone.

The Mustangs came out all guns blazing and had five individual try scorers against the Falcons and seven against the Rustlers, with lock Traevonnah Fisher, halfback Emily Young and winger Tenesha Trunks crossing in both matches, but they were only able to kick three goals across the two games.

For the Rustlers, second rower Savannah Edwards ran in two tries against Highlands and added another against the Raidettes.

Four more round-robin matches will be decided today to complete the competition, with the Mustangs to cross swords with Gladstone Raidettes at 10am and Highlands at 1pm, so they will be favoured to take the title, with Rockhampton to meet the Coast at 11am to complete their campaign.

All Field 1 matches will be broadcast live and free on QRL.com.au and the QRL Central Facebook page. 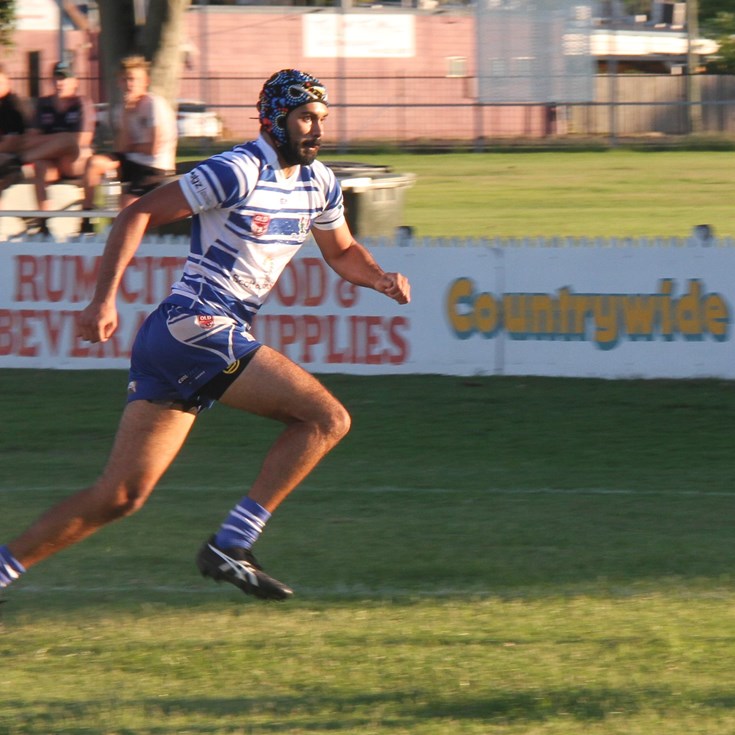 Panthers and Past Brothers get set for enticing clash

Presented By BHP 1 week ago