Fiji rugby sevens stars Taniela Sadrugu and Olympic gold medallist Iosefo Masikau have been given a chance to impress Cowboys hierarchy during the pre-season for two remaining top 30 spots at the club.

Sadrugu and Masikau, who was a member of the Fiji team that beat New Zealand in the final at this year's Tokyo Games, have been handed train and trial deals at North Queensland.

The pair had been on the radar of Cowboys recruitment manager Dane Campbell and he got the chance to see them in action an Oceania Rugby Sevens tournament in Townsville in June.

"I'd known of them from watching some vision," Campbell told NRL.com. "For them both to be here in Townsville, watching them up close, we got an understanding of some of the athletic traits and skills they had."

Campbell had been tipped to the duo by close friend Wise Kativerata, the former Dragons, Rabbitohs and Eels winger.

"He's based in Sydney, he's a wonderful talent ID and he mentioned to keep an eye on those two in particular," Campbell added.

Campbell was already receptive to hunting for Fijian talent after several scouting trips to the island nation when he previously worked for the Storm, and coach Todd Payten was also open to offering Sadrugu and Masikau a chance to train with the Cowboys.

"From that it evolved naturally; we were keen to try something else – that's something Todd's really good at, he's quite willing to explore different opportunities," Campbell said.

"Showing him some footage he was quite excited about what they could bring to the table and adding some depth to some positions we were quite short on being outside backs and edge back row positions."

While Masikau is almost certain to stay in the outside backs, Campbell tipped Sadrugu's size and love of contact to make a suitable adaptation to an edge back row spot.

"The correlation between sevens to rugby league as opposed to the 15-a-side game, you have such athleticism and fitness and one-on-one tackle tech and evasion, even the core skills of catch-pass-run, they're so adaptable," Campbell explained.

"Both of them have the ability to play in the outside backs. Iosefo is probably destined for that wing/centre type position, and provides a bit more depth and competition for spots.

"He has the athleticism to play in the outside backs but with his thirst for contact he could certainly evolve as a forward.

"We're really keen to see how they evolve over the next six months."

That evolution is off to a good start, with the pair rapidly picking up on calls and positional play in just their first couple of days of training despite coming straight out of two weeks of hotel quarantine into a sweltering Townsville off-season.

"Even the last two days I can see dramatic improvements in picking up the calls and their understandings of what their roles are going to be," Campbell said.

"Which is really exciting, if they're doing that after a week we can only imagine what they'll be doing after a month then after three to six months' time.

"They're on train-and-trials at the moment, the opportunity is there for them to work really hard.

"We've got two places available in our top 30 we haven't filled as yet. I'm not guaranteeing one or even two of those guys will sneak up. This year for them is more about learning the nuances of rugby league.

"They're really good kids and we're excited for what they could do over the next 12 months but for now it's about learning as much as they can with no great expectations. They'll start the year in one of our feeder clubs and hopefully rip in and earn the right to go up the chain." 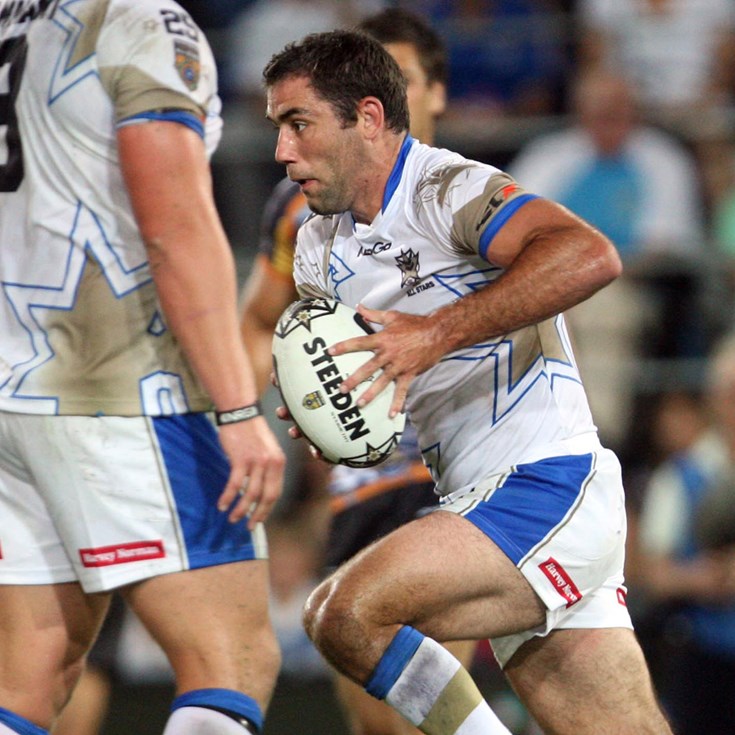