THE Tenterfield Tigers put the icing on their successful Women in League day with a comprehensive 60-16 victory over the Killarney Cutters in their Border Rugby League clash at Rugby League Park, Tenterfield on Saturday afternoon.


Wearing a striking one-off pink strip that would later be auctioned off to raise money for the palliative care unit at Tenterfield hospital; the Tigers were quick out of the blocks with an early try to centre Daniel ORielly.


They added two further tries, including a brilliant individual effort to captain-coach Geoff Swan which put the Tigers ahead 14-0.


Killarney rallied however, and on the back of improved ball handling, scored a smart try through hard running centre Dion Galloway.


Another try soon after to barnstorming second rower John Trindall further narrowed the gap, and at 14-10, the Cutters looked capable of causing a boil over.


It would be the closest the Cutters would end up getting however, as two tries to Tigers lock forward Jim Longegran had them back in control with a 26-10 lead at the main break.


The second half would prove to be largely one way traffic as a tiring Killarney side was reduced to 11 men through injury, and a Tenterfield team playing a more disciplined brand of football was able to run in six more tries before a consolation try to the Cutters in the dying minutes rounded out the score at 60-16.


With the two teams likely to meet again in the finals; the win was a significant psychological blow by Tenterfield. The only sour note of the Tigers performance being a late sin-binning to playing president Damian Petrie.


Despite his early shower and the Tigers scratchy first half, Petrie was happy with how the side performed, but warned that greater challenges lay ahead.


We played good in patches today, but we have a few things to work on before we play Inglewood next up, said Petrie.


Full credit to Killarney however, they were missing quite a few players today and with blokes like Nick Parfitt back in their side theyll be a real tough team to beat come finals footy.


Tenterfields crafty hooker Wesley Doo was outstanding for the home side in a man of the match performance, whilst Killarneys evergreen front-row of Mick and Aaron Bowman were brave in a beaten side. 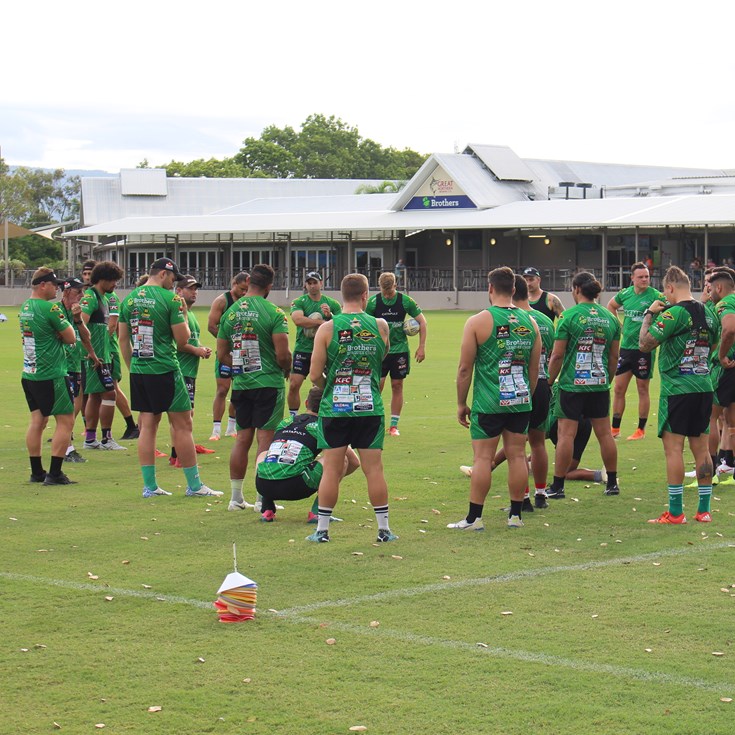