This Sunday will see Toowoomba’s Clive Berghofer Stadium open it’s gates to host one of the Toowoomba Rugby League’s blue ribbon events in the 2015 ‘Madsen-Rasmussen Trophy and Presidents Cup Finals’, the prestigious mid-season championships that have existed since 1980.

The Madsen-Rasmussen Trophy is named in honour of two of our great game’s legends who plied their league trade not only on the great stages of the world wearing their nation and state’s colours, but two players who also contributed in a significant way to rugby league in the Toowoomba and Darling Downs area as esteemed players. 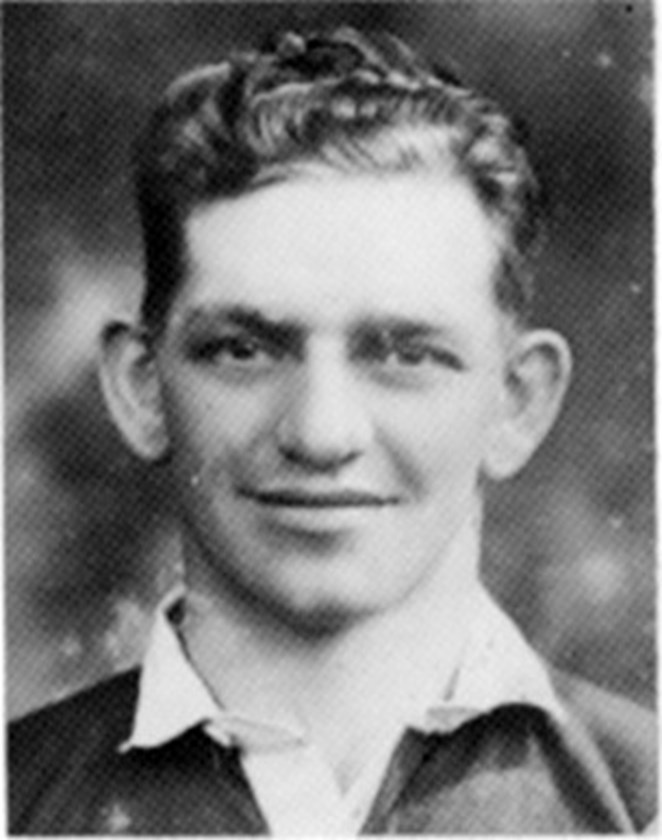 Born in the Darling Downs village of Tannymorel east of Warwick in 1901, former Australian Test captain Peter “Mick” Madsen played for Toowoomba’s Brothers Club from 1921-1937. A tough front-row forward, he represented Toowoomba in the Bulimba Cup on 52 occasions from 1925-1937, including the very first Bulimba Cup match which was between Brisbane and Toowoomba; Toowoomba winning 30 – 7. 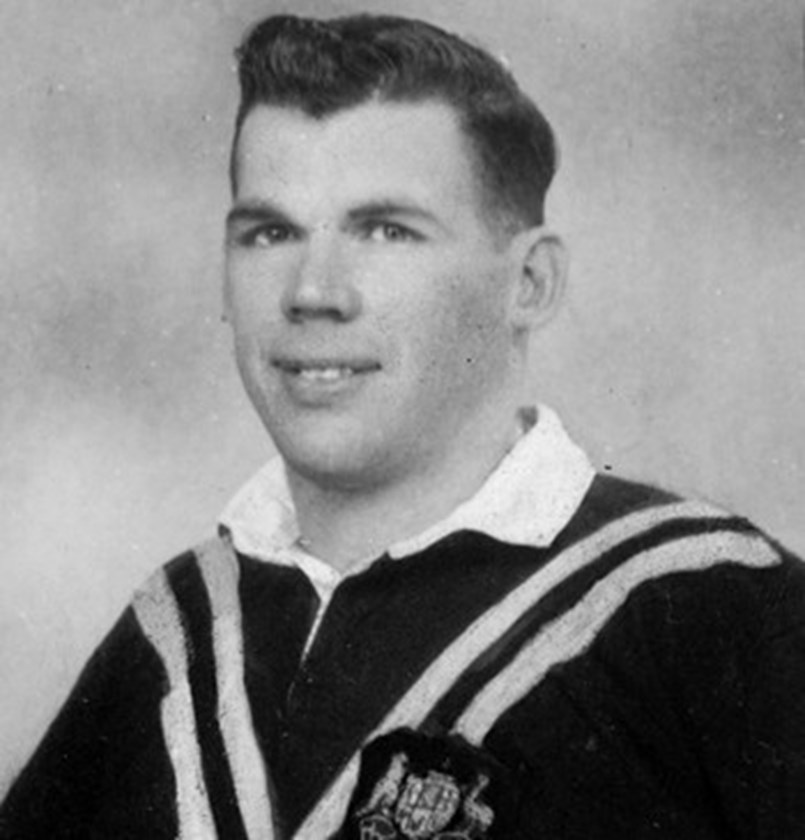 Born in 1937, Elton Rasmussen is a past player and favourite son of the All Whites Club (now Brothers), and was actually selected to represent Queensland from the famous Toowoomba Club in 1959. He played for Toowoomba in the Bulimba Cup from 1958-1960 running on in fifteen matches.

He was a Queensland representative from 1959-1969 playing 13 matches before heading to Sydney to link up with League giants of the time the St George Dragons.

He played 126 games from 1962-1968 in the St George red and white colours, and over the same period represented New South Wales seven times.

The Madsen-Rasmussen Trophy ‘Player of the Final’ will receive the prestigious ‘Bill and Steve Pollard Family Medal’, presented today by Mrs Thelma Pollard. The award recognises the amazing contribution of the Pollard family to rugby league in the Darling Downs region.

After 11 rounds of the 2015 Hutchinson Builders Toowoomba Rugby League season (the halfway point), on Sunday we will witness the best of our teams at this stage of the season battle out Madsen-Rasmussen Trophy and Presidents Cup finals.

It’s an exciting time of the year for the rugby league community, as the first of the season’s silverware is about to be contested.

The Gatton Hawks have suffered just one loss this season in a mighty effort and will take on the reigning premiers the Wattles Warriors who have emerged from a bunch of contenders that also included Highfields, Warwick and Pittsworth to contest the Madsen-Rasmussen Trophy Final, in what is a replay of the prestigious event of last year.

In 2014, Gatton emerged victors and a game considered by historians among the great mid-season finals since the inception of the Madsen-Rasmussen Trophy. After 90 minutes and 34 seconds of Trophy Final rugby league, Gatton winger Cameron Nicholls took advantage of a loose ball heading to the  try line to score the match winning touchdown in Golden Point time, and snatch the prestigious trophy winning 37-33.

Last year the undefeated Gatton reserve grade side held off a strong challenge by Oakey to win the ‘Toowoomba Toyota’ Presidents Cup 34 – 22, while Highfields ‘were too strong in the end for the Dalby Diehards in the ‘Hutchinson Builders’ Under 18 President’s Cup winning 28-24. The Millmerran Rams defeated Gatton in the Berghofer Cup Second Division President's Cup final 30-16.

Gatton are showing plenty of consistency to have their A Grade and Reserve Grade sides contesting the mid-season finals again this season after their success last year. On Sunday in Reserve Grade, the Hawks are up against the Warwick Cowboys while in Under 18 the undefeated Pittsworth Danes take on the 2014 winners Highfields.

Last year’s Berghofer Cup Second Division President's Cup Champions Millmerran are at this stage undefeated in the 2015 season and will meet the Valleys Roosters to decide this year’s Mid-Season Champions.

An exceptional performance by seasoned front-rower Dale Perkins helped Gatton maintain their top rung position on the competition ladder dealing a 52-18 hiding to Brothers at Glenholme Park on Saturday evening after leading 32-6 at halftime, and locking themselves into the A Grade ‘Madsen-Rasmussen Trophy’ final.

While Brothers are bottom of the ladder, it was still a great effort by Gatton who were without stars and prolific point scorers Billy Jackwitz and Nick Boney both on representative duty with the Central Division side in last weekend’s QRL State Championships. The Hawks are looking to be at full strength for this Sunday’s mid-season final and add to their nine successes from 10 matches this season.

Wattles broke free from the pack pursuing Gatton on the ladder to book a slot in the ‘Madsen-Rasmussen Trophy’ final on the back of a dominant 58-12 win over fellow top five club Pittsworth.

Wattles were also missing some key players including half back Matt Duggan who was also forced to withdraw from the Central Division side. Against Pittsworth, Wattles turned on arguably their best performance of the season. While the Danes were on the scoreboard first with an early try, the ‘Warriors’ settled into their pattern to lead 20-6 at half time and continue untroubled until the final siren, young 18 year old forward Harry Fulwood starring in their pack.

Wattles exciting new centre Michael Purcell added another two tries for a total of six in his last two outings, and has hit the headlines in this week’s edition of Rugby League Week.

Highfields, the only team to beat Gatton this season to date, held on to hold out a determined Warwick outfit at Highfields Kuhls Road Complex 28-26.

Highfields were denied a ‘Madsen-Rasmussen Trophy’ final berth on for and against, but are off to a great start for the second round of the season. Wattles win on Saturday effectively cancelled both Highfields and Warwick’s mid-season final aspirations.

Five-eight Nick Bainbridge was the Eagles’ hero, scoring two tries, one in the dying minutes of the game to snatch victory.

Four tries by gifted centre Malcolm McGrady helped Goondiwindi to their third win of the season at the Boars Gilbert Oval on Saturday evening, 36-28 over the Souths Tigers.

After climbing to a 24-10 lead by half time, Goondiwindi had to deal with a spirited fightback by a Souths side bolstered by new talent including Luke Srama and Tristan Dupuy, but the Boars held on in front of their home crowd to climb to eighth on the competition ladder.

Valleys led 28-0 over the Bears at Oakey on Sunday and continued on with the job to eventually win 50 – 8 to stay within reach of the top five. The Roosters have a break until they take on Goondiwindi in the upcoming Round 12 fixtures as they focus on staying in touch with the top five on the home run to the finals. Valleys 2nd Division team will be in action against Millmerran on Sunday in the President’s Cup final.