The tiny central Queensland town of Bedourie more than doubled in size for their inaugural Nines competition at the weekend.

The landmark event featured three teams from neighbouring regions including Winton, Barcoo Bandits and the local side Bogan Fleas (named after a local burr).

The local ladies team (Bogan Fleattes) also had nine players and played a scratch match against some local men.

At the conclusion, bragging rights went to the Barcoo Bandits who defeated the Winton Devils in the final. 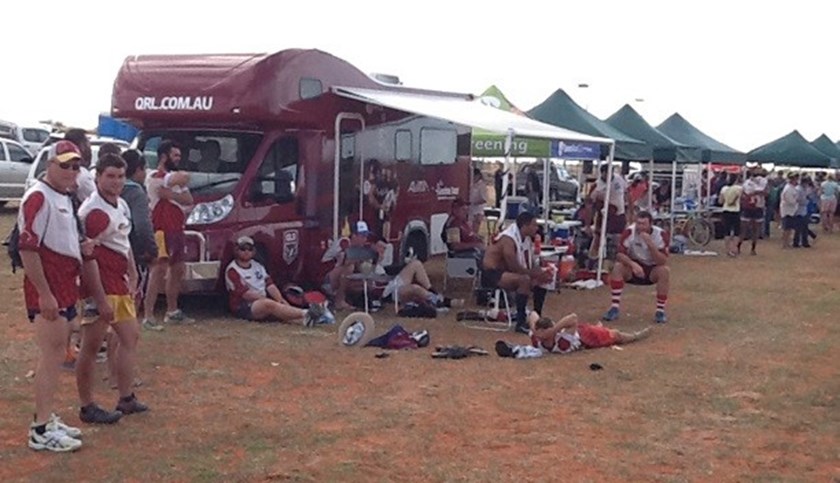 The day also included kids’ activities and a goal kicking comp, worth $200 to the winner.

Rod and David envisaged the competition to be the culmination of a touring partnership between NRL Development and Queensland Health.

From their starting point in Longreach, the pair drove more than 700kms, delivering their healthy lifestyle choices message to schools and communities along the way.

Their first port of call was Stonehenge before passing through Jundah, Boulia and Birdsville.

Both the NRL Development and Queensland Health were warmly received, with information and NRL give-aways handed out through the towns.

QRL Operations Manager for the Outback Central Division, Peter Rafter, was there in the maroon QRL-emblazoned ‘caravan of courage’, which the community thought was fantastic.

Overall, the event was very successful and plans are already underway for next year.

The QRL, NRL Development and Queensland Health would like to thank all the communities as well as everyone assisted with making the day possible. 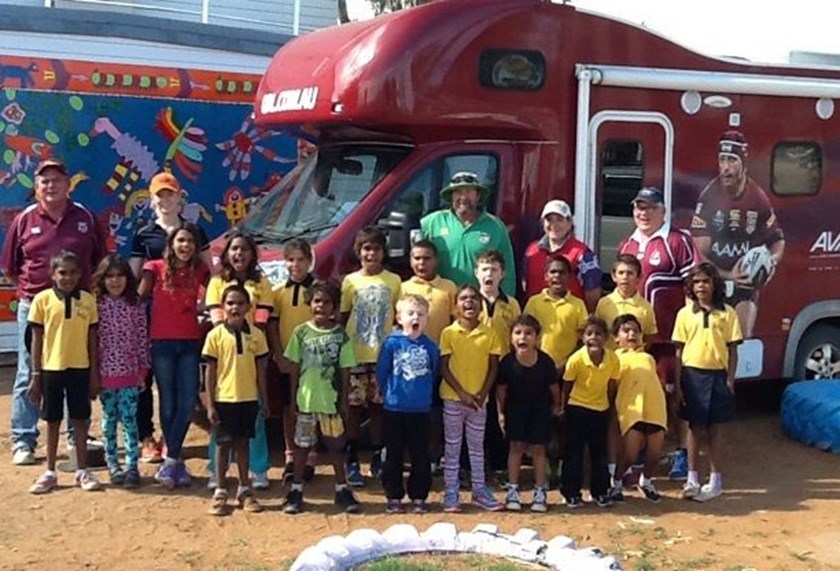 Bedourie is a small town located in the channel country of Central West Queensland, Australia, lying on Eyre Creek. It is located 1,600 kilometers west of the state capital, Brisbane, and 200 kilometers north of Birdsville. At the 2006 census, Bedourie and the surrounding area had a population of 142.

Round 15 Cup preview: Yei works his way to half century