Well, that was a big one, wasn't it! And why not - there's victory to celebrate - but now's the time to recover, refuel and get back on track in plenty of time to celebrate a clean sweep in Game III. If you're a touch dusty after a massive night of toasting the best damn team in the world, there's nothing like a hearty brekkie to get you back on your feet.

Whether you're a brekkie burger guy, or a paleo porridge girl, here's our round-up of the best morning grub close to the city, for those of us who woke up with that hollow feeling of hunger but the satisfaction of victory! Primal Pantry Paddington
2/257 Given Tce, Paddington (07) 3367 0646
So you've spent the past 12 hours destroying your body - not to worry. Time to make amends with some wholesome fuel. If paleo is your thing, Primal Pantry have you covered with paleo that doesn't taste like a caveman's armpit, but there's plenty of good eats for everyone else too. Sticky pork with spiced pumpkin, seeded bread, spinach & poached eggs? Or take on the caveman plate with smoked bacon, lamb, mushies and tomatoes. "Grok says good!" 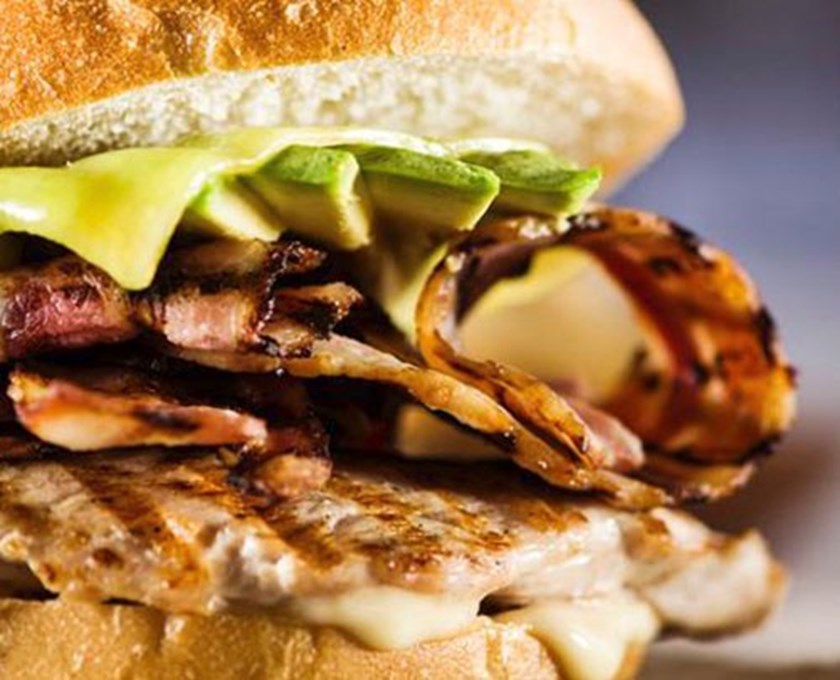 Kitchen at Treasury
Top of Queen Street Mall, Brisbane (07) 3306 8888
They must have a tractor beam or something. There's something about Treasury Casino & Hotel that'll drag you in and before you can say, "You aaalways split a pair of tens youdunnowhatyou'redoing" it's dawn and you haven't eaten since before the XXXX Maroons won the series. For those not firing on all cylinders the all-day brekkie menu keeps it simple: big brekkie, vegie big brekkie, steak and eggs, eggs benny, three-egg omelette ... you see where they're going with this - plenty of meat and protein, but grab a takeaway muesli if it makes you feel better. 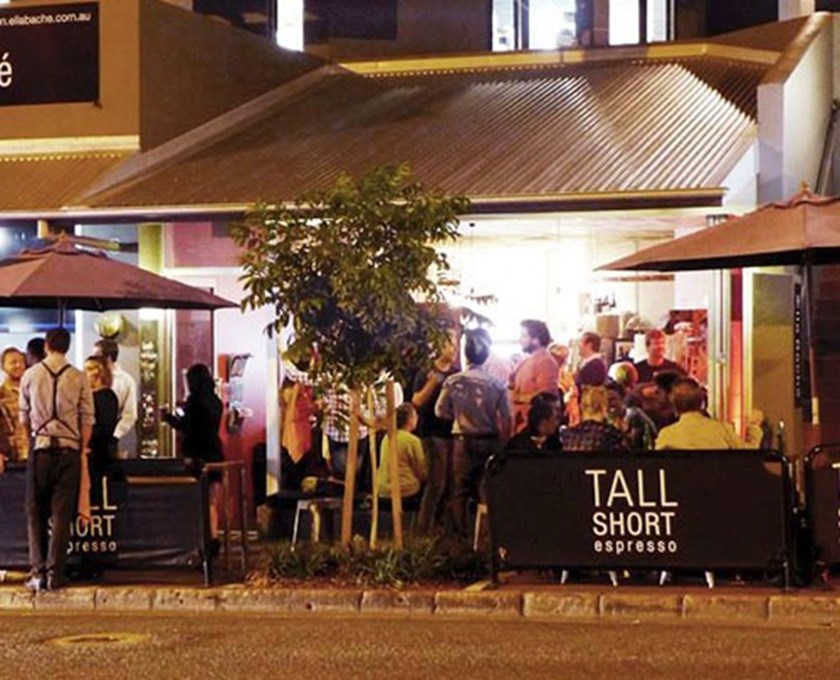 Tall Short Espresso
3/244 Given Terrace, Paddington  0431 258 287
Coffee aficionados, wake up and smell this place. Tall Short prides itself on its caffeine and those in the know agree - it's top shelf. If your idea of brekkie is a few cups of joe, a bagel and a good look around, drag you and your foggy head to this hip handmade-looking hangout a little further up the Given Terrace hill. If you really settle in, this coffee bar turns into the other kind in the evening and it's hair of the dog time, complete with gourmet pies, cocktails and a small range of beers. Suddenly it's deja vu all over again (all over again)! Darling & Co
157 Given Terrace, Paddington (07) 3367 9800
If you're after a brekkie feast that's a little more high-end, you don't need to go far. As far as convenience goes, Darling & Co has the others beaten - it's diagonally opposite to the stadium, a short stumble past the bottom of Caxton Street. Hop into a buttermilk waffle with mascarpone, maple roast pineapple and coconut, or call a truce with your bod with a breakfast green bowl (poached egg, halloumi, kale, avocado, mushroom and wild rice). Grab a window seat - this place comes with the added benefit of being a serious people-watching post. The Chelsea Bistro
The Barracks, 61 Petrie Terrace, Paddington  (07) 3367 1288
Still in the shadow of the stadium but perched up on top of the hill, The Barracks is the epicurean epicentre of the local area. Keep that game afterglow going at The Chelsea Bistro, one of the best options in a packed dining landscape. The Chelsea caters to high-end diners, but you can still swing past and grab a coffee from the window takeaway bar. Inside, sit down to a menu that ranges from quinoa porridge with fresh honeycomb, pear and toasted almonds, all the way to a BLT with a fried egg or the intruiging "cucumberland sausage". River Bar & Kitchen
71 Eagle St, Brisbane  (07) 3211 9020
Visitors to the city can blitz their to-do lists at River Bar & Kitchen. Right on the river near Eagle St Pier, this indoor-outdoor eatery and bar offers panoramic views of the Story Bridge, absolute waterfront strolling, and a constant parade of activewear-clad Brisbanites. Inside the good ship River Bar - yep, it's more nautical than a pirate ship poop-deck - the brekkie menu lists all the usual suspects, including a life-changing smashed avocado, feta, lime, rye and dukkah. If the avo's restorative powers kick in fast, brunch cocktail jugs kick off at 10am. Just sayin'.
Editor’s note: This is a sponsored article and proudly endorsed by qrl.com.au. Thank you for supporting the sponsors who support rugby league in Queensland. Email for inclusion or more information.