William John Duguid was born in Tambo on April 24, 1942. He played local football as a hooker before moving to Toowoomba. He played for Newtown undefeated Under 16 premiership team.

Bill was an inaugural board member of the North Queensland Cowboys (1995) when they were admitted to the NSWRL competition.

He returned to Rockhampton in 2002 as publican of the Fitzroy Hotel and was president of the Rockhampton Rugby League 2003 to 2008.

1968 – Trialled for Sydney Parramatta. QRL enforced a transfer fee of $1750. Worked for Education Department as a swimming instructor at Parramatta. 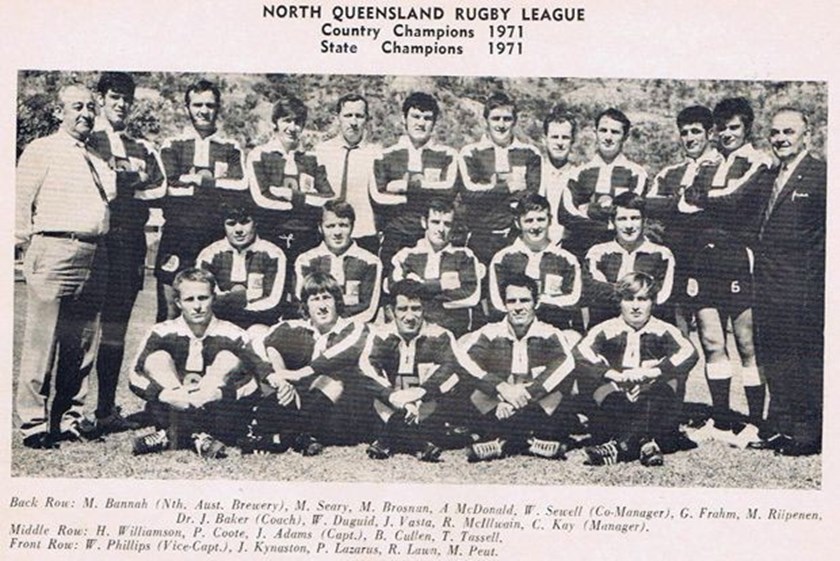