I Luv Coffee Burleigh Bears co-captain Jamal Fogarty will be moving on at the end of the season after picking up an NRL contract with the Parramatta Eels.

The Bears halfback has been one of the most consistent players in the entire Intrust Super Cup in 2016 and his sparkling form put him on the radar of several NRL clubs.

Ultimately, Fogarty made the decision to ink a two-year-deal with Parramatta as he chases his NRL debut.

“I’m a little bit nervous, to be honest,” he said.

“Moving down to the big smoke in Sydney is going to be big, but I’m excited at the same time to get back into an NRL system.

“I am going to be sad to leave. I just got comfortable at the Bears and everything is going good and now I’m leaving.

“But, I’ve definitely got a place to call home if anything doesn’t work out down in Sydney.

“The club has been great. Even when you get to go into the club after the game, the life members are there and they always want to have a chat and it’s a real welcoming place.”

The former Australian Schoolboys representative said the key to his signing was focusing on performing at his best for the Bears on a week-to-week basis.

His results on the field speak for themselves as he has amassed an incredible 222 points already this season, more than any other player in the competition.

He has been close to Burleigh’s best on ground every week, but said a simple role and an excellent ground of team-mates have been the keys to his success all year.

“I think I’ve been able to play well because everybody on the team has been doing their job really well,” he said.

“Every individual is turning up week-in and week-out and Jimmy (Lenihan - coach) and Keats (Matt Keating - assistant coach) have just given me a really simple role to play ever since the pre-season.

“Jimmy feels like he’s one of the boys. It feels like he’s 21 even though he is the coach. He’s really honest and straight up and I think as a player that’s the best thing you can ask for out of your coach.”

While the Burleigh faithful will be sad to see one of their best move on, they will watch his next step with a keen interest and a sense of pride.

Until then, Fogarty’s Bears are gearing up for a tilt at the Intrust Super Cup semi-finals.

The Bears have a much needed bye this weekend, but a crucial clash with Easts Tigers at Langlands Park awaits next Sunday afternoon.

Coming off two tight losses in a row, the Bears have slipped to second spot on the ladder and will be looking to bounce back to their best with just two more games remaining before the finals.

“I think the bye has come at a good time because we’ve been on the road for three out of our last four games against some real tough opposition,” Fogarty said.

“It will be good for the boys to rest up this weekend and then we’ve just got to turn up on Tuesday and work hard at training like we have since round one.

“Everyone’s just got to get back to running hard, tackling hard, keeping it simple and playing well for 80 minutes rather than 20 minutes at a time like we have in the last couple of games.” 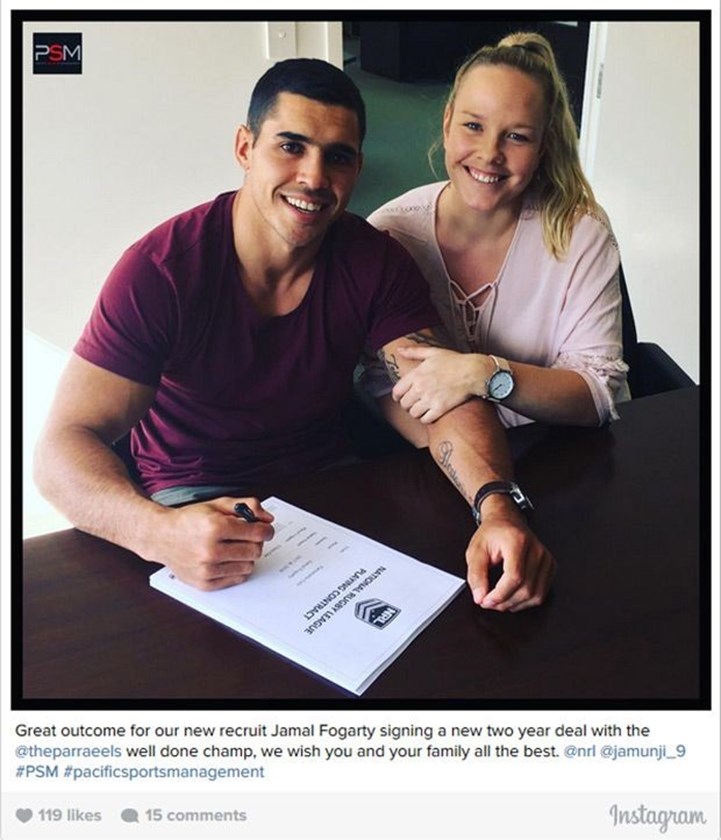