On one of the biggest days in outback rugby league; the Roma and District Rugby League grand finals were played at Bassett Park, Roma on Sunday in front of a large crowd.

Four of the six clubs were represented in the Under 16, 18, Reserve Grade and A Grade finals.

Central Division Chairman Danny McGuire attended the day and was impressed with the crowd numbers and the quality of the footy.

The day started out with the Under 16 game with the Red Bulls getting out to a handy lead at halftime.

However, an extended halftime break (due to an injury) seemed to take the wind out of their sails and Chinchilla were able to fight back and take control to run out 24-20 winners.

After the game during the presentations, Kade Tennyson from Chinchilla was named Player of the Year. 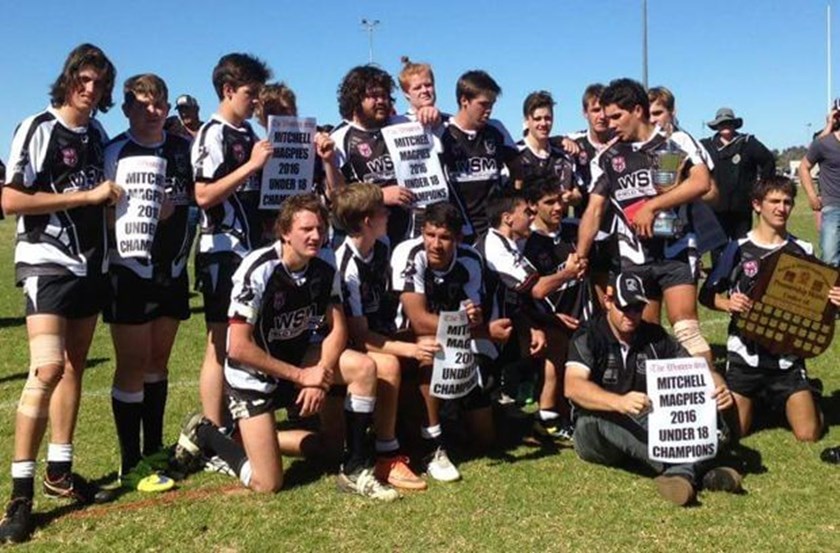 The Under 18 Mitchell Magpies

Next up was the Under 18s, quite often the most entertaining game of the day. This one did not disappoint.

The underdog Mitchell Magpies team, who won the Under 16 title last year, were up against the Cities team who had lost only one game in the last three years.

Mitchell were on top all game, but in the second half Cities found their rhythm and started to apply pressure with the game finishing at a heart-stopping 22-18 to Mitchell.  Player of the Year was Ollie Peak from Mitchell. 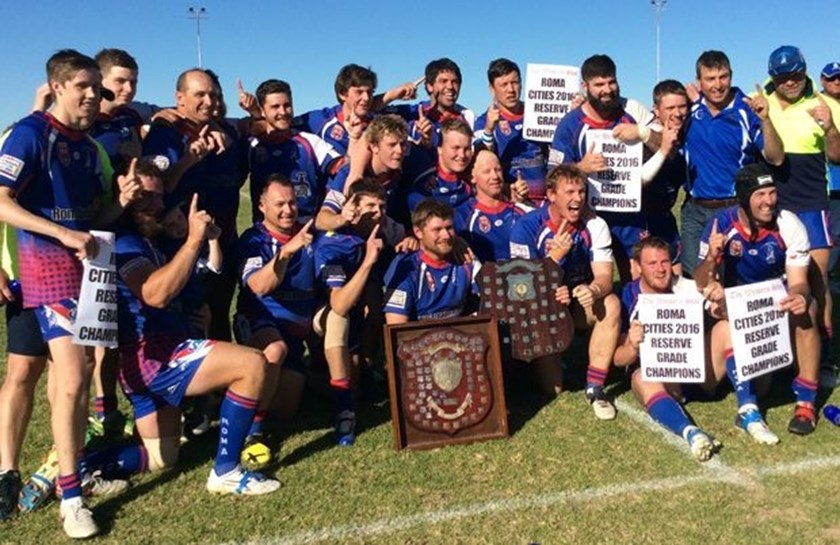 Red Bulls had not won a Reserve Grade premiership, while it has been more than 20 years since Cities were able to celebrate a win on the big day.

There was never any big margin in the game with Cities running out winners 12-10 with Cities scoring three tries to two.  Player of the Year was Brian Argus from Miles/Taroom.

Then it was time for the big one, A Grade final between Cities and Chinchilla, the same two teams from last year’s grand final.

The two teams had met in the major semi-finals with Chinchilla running out winners by two points to advance straight to the grand final.

On the day that counted, Cities came out firing and never looked like relinquishing their early lead.

Chinchilla kept trying all throughout the game, but were just not good enough on the day against a determined Cities team who took out the Roma and District Rugby League A Grade title 34-10.  Player of the Year was Matt Waites the Cities captain.