A player who was public enemy number one for the Townsville and Districts Mendi Blackhawks in their 2015 Intrust Super Cup grand final loss will pull on the black and green jersey in 2017.

Try scoring sensation Carlin Anderson, who played a considerable part in the Ipswich Jets’ run to securing the Intrust Super Cup and State Championship in 2015, will take his place in the 2017 Mendi Blackhawks line up after agreeing to a one-year deal.

Anderson spoke of his respect for the Blackhawks structured environment after coming from the razzle dazzle of the Ipswich Jets.

“The Blackhawks are a really professional club and having Woolfy as a coach, I know that’s going to help me on and off the field.

“I feel like being here will help me mature more as a player and as a person.”

“We play a more conventional structure than the Jets where he has come from and he will have to learn on the run, but with his speed and his ability to find the ball he’s going to be a really good acquisition for us.”

A speedy winger or fullback, Anderson will provide a valuable new option in the outside backs for the outgoing Player of the Year Jahrome Hughes. Known for this athleticism, Anderson has represented Queensland in league, union, football and cricket at junior levels.

After a horror year with the Brisbane Broncos during which time he broke his jaw twice, the 21-year-old is excited for a new opportunity in North Queensland.

The Ipswich Grammar graduate had to earn his confidence back after the insertion of three metal plates and 10 screws to repair his jaw.

Playing in a recent Koori Carnival helped Anderson to come to terms with the plates and screws and feel comfortable making runs and taking tackles again.

“My jaw felt good. I felt confident to take the hits and I ran pretty freely,” he said.

“Speaking with the Blackhawks has given me a real boost in that I know if I perform well I am a chance of cracking the NRL again.”

Read the full story on Carlin Anderson’s signing on the Townsville Blackhawks website. 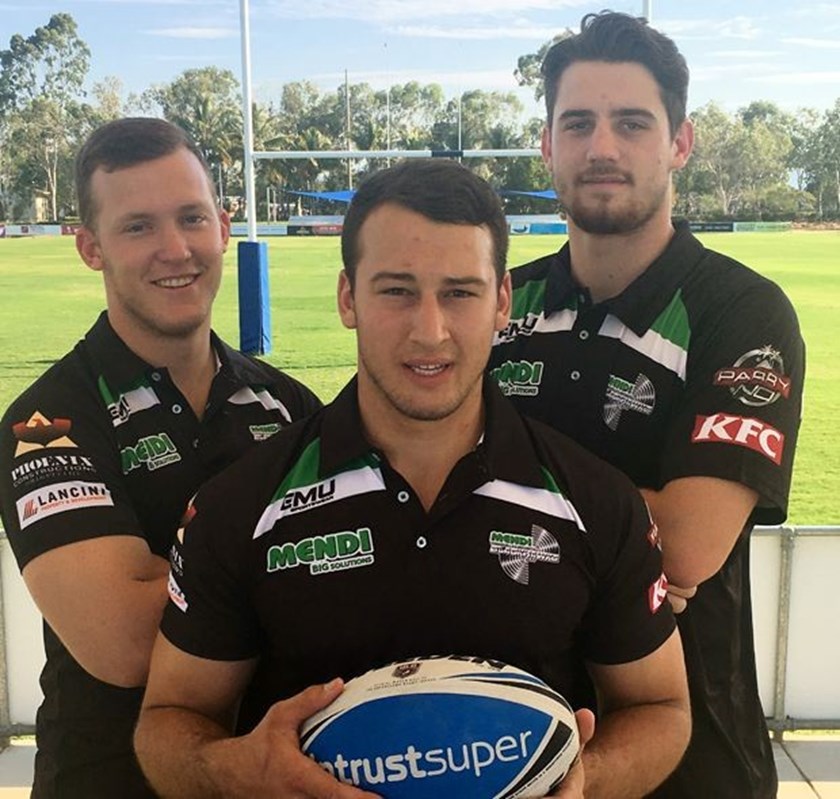 THE Blackhawks have been actively signing players in recent times, following the announcement this week of the acquisition of Ty Carucci, Taha Tutavake, Ross Bella and Jordan Kenworthy.

The young men will be welcomed by some familiar faces at their first Mendi Blackhawks training session as they have all played alongside current squad members Kyle Laybutt, Andrew Niemoeller, Kieran Quabba and David Munro during their time with the Cowboys.

Coach Kristian Woolf explains that the attraction to signing players out of the Cowboys NYC system is obvious,

“We have had great success with the player’s we have signed out of the NYC system. You only have to look to Corey Jensen, Andrew Niemoeller, Dave Munro and Kieran Quabba as examples of what’s possible.”

“The NYC players come to us well-educated, fit, strong and with a good training ethic so they tend to hit the ground running and fit in well with our Blackhawks squad.”

Read the full story about the signing at the Townsville Blackhawks website.