The third annual Coomera Rugby League Nines competition will take place this Saturday (December 3) and one of the teams taking the field will be doing so for a wonderful cause.

Jake’s Allstars is a team dedicated to helping a mate in need.

In this case, the mate in need is former Ormeau Shearers player Jake Steane, who was involved in a tragic car accident on New Year’s Day, 2012.

He was left with extensive injuries including brain damage and has required around the clock care ever since.

Shortly after the accident he was moved to a rehabilitation centre in Bracken Ridge, with his mother Gayle resigning from her job to care for her son as much as possible. 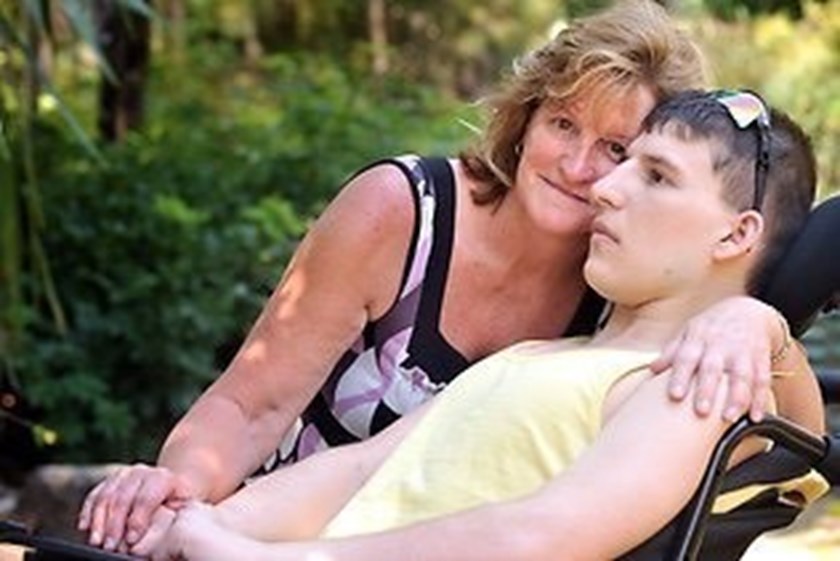 Jake and his mum Gayle

Jake’s Allstars consists of many of his friends who have continued to support him and his family for close to five years since the accident.

The team has been raising monies through sponsorships and donations and they are hopeful of performing well on the field and collecting some of the prize money up for grabs at the tournament.

After the tournament starting at 6pm, the Shearers Arms Tavern will play host to a jersey auction and after party to help raise further funds.

The Allstars will be wearing specially designed jerseys in the blue and gold of Jake’s favourite football club; the Parramatta Eels.

In 2013, many of the same people were involved in organising a fundraising day at the Ormeau Shearers club where they raised over $5000 to go towards Jake’s care and they are hopeful of raising even more this time.

The third annual Coomera Nines, held at Helensvale JRLFC, will consist of 13 teams across one packed day of rugby league.

Download the draw for the Coomera Nines tournament here

Redcliffe fight back to deny Magpies an upset win

In pictures: Hastings Deering Colts Round 15