The Mountain Men five-eighth and captain polled a total of 37 votes from a possible 42 votes to win the prestigious player of the year medal by 14 votes.

Speaking after accepting the medal, Owens thanked his team-mates and club for the year and said he was looking forward to the 2017 season.

“It’s an honour to win this year’s medal and I wouldn’t have been able to do it without the boys and the whole Springsure club,” Owens said.

“The club means a lot to me after moving from Sarina two years ago. We have a really good competition in the Central Highlands with plenty of good players and I am looking forward to next year’s season with the Mountain Men.” 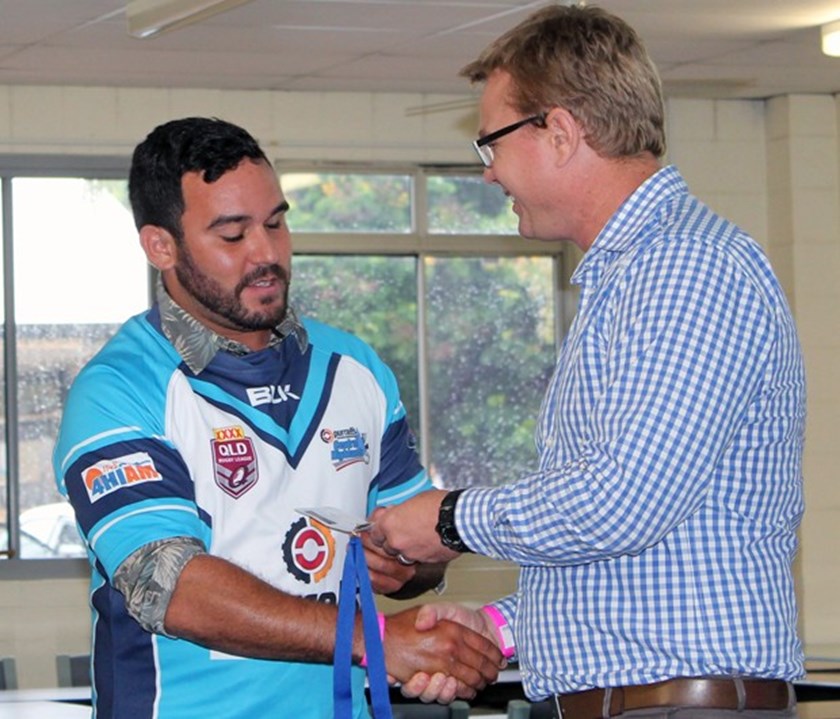 Owens also won the Central Highlands Referees’ Best and Fairest with a total of 27 votes ahead of Mitch Wyatte (16 votes) and Chris Conway (15 votes).

“Presentation Day is all about celebrating the 2016 season and thanking the players and most importantly the club and league officials,” Lambley said.

“I would particularly like to thank fellow League executives Paul Bell and Tracy McIndoe for their assistance this season as we took some big steps forward.”

“I congratulate all of the award recipients, particularly Jared and Kelsie who have had outstanding seasons and I would also like to congratulate and thank the Central Highlands community for coming out and supporting our players and clubs.”

“I hope you have enjoyed the greatest game of all this season.”