The first State of Origin match Felise Kaufusi ever saw in person was Game I of the 2007 series.

Older brother Antonio was making his Queensland debut at Suncorp Stadium and the whole Kaufusi clan made the trip down from Bundaberg to watch one of the most destructive front-rowers in the NRL take to the game's greatest stage.

He ran onto the field in the 23rd minute, but left it early in the second half with a knee injury that would end his season and prevent him from ever reaching those same heights again. 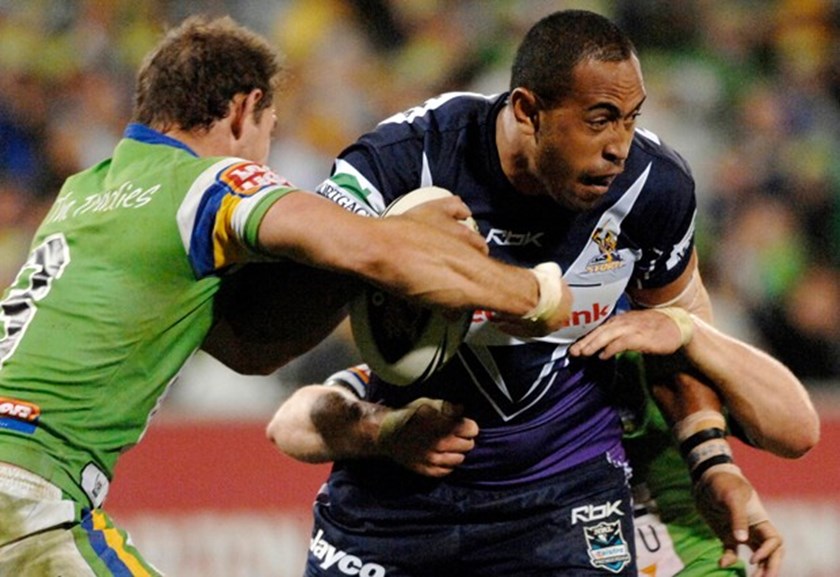 Felise was in the crowd watching that night and was on the sideline for Game III last year after being drafted in as injury cover by Maroons coach Kevin Walters.

Again he was left feeling helpless as the Blues escaped with an 18-14 win at ANZ Stadium in Sydney in the final minute, helping to fuel a desire to run out as a Maroon himself in the near future.

Kaufusi was part of the Queensland Emerging Origin camp at on the Gold Coast at the weekend to further advance his Origin education which he believes will be of significant benefit if Walters does call up the Storm forward in future.

Corey Parker is now gone and the likes of Nate Myles, Sam Thaiday and Jacob Lillyman are all a year older, putting 24-year-old Kaufusi right in the mix to represent his state in 2017.

"Origin is massive and for someone to come straight in is a bit daunting."

“It was an honour to come into the squad last year and I just used it to try and learn as much as I could,” Kaufusi told NRL.com.

“I was trying to take in as much as I could. Seeing the way they act, how they train, off the field as well. Being around that environment was really good for me I think.

“Origin is massive and for someone to come straight in is a bit daunting. These camps help heaps and help us to get a feel for it before if we get the chance to play.

“This is my first time in the Emerging Origin camp and being around those fellas is great but even meeting a couple of the new boys here has been good but it does help a bit having been in camp last year."

With familiar faces in Melbourne team-mates Cameron Smith and Cooper Cronk in camp along with the likes of Matt Scott and Johnathan Thurston whom he trained alongside whilst coming through the Cowboys system, Kaufusi slotted into the Queensland set-up with little fuss last year.

Broncos players Parker, Darius Boyd and Thaiday also made a special effort to welcome him into the fold, giving Kaufusi the confidence he needs to build on his 38 NRL games to date and push for a permanent Origin spot.

“For me it was more the experience of it and getting a feel for what it's like to be in camp,” he said.

“I did everything as if I was going to play, but obviously didn't play.

“It was very, very exciting and I was nervous even though I didn't play. Just sitting there right down on the sideline was unreal and an awesome experience.

“Too bad we didn't get the win, but just being in there and around the mix with everything that happens and the atmosphere was awesome.”

Kaufusi has already represented Tonga on two occasions and has welcomed the change in eligibility laws that would allow him to represent the Maroons this year without jeopardising his chance to play alongside younger brother Patrick for Tonga at the Rugby League World Cup.

“It was awesome that we got to play for Tonga together last year,” said Kaufusi, who grew up idolising Queensland great Darren Lockyer.

“Growing up I always wanted to play for Queensland obviously, but it's massive for me and my family to be able to put the Tongan jersey on as well.

“That's massive to be able to play for your native country, but also play for Australia as well.”