Norths blew a 14-0 early lead at their Nundah homeground to fall 37-18 to Sunshine Coast on Sunday in their Intrust Super Cup Round 12 clash.

The Bishop Park win was the Falcons’ fifth from six on the road.

Devils made too many errors and appeared to lose direction after a promising start.

But the homeside had reason to cheer early when the Falcons’ kick-off sailed out, and David Molo scored shortly later under the sticks after a short pass close to the line from dummy half.

Jack Miers converted, and raised the flags again from a penalty for a Falcons high shot.

Norths added to their lead when winger Michael Lucas won the race to a Todd Murphy grubber for another four-pointer. After the conversion, the score sat at 14-0.

Then the Devils seemed to switch off, which allowed No.1 Matthew Soper-Lawler to cross for the Falcons’ first through flimsy forward defence. 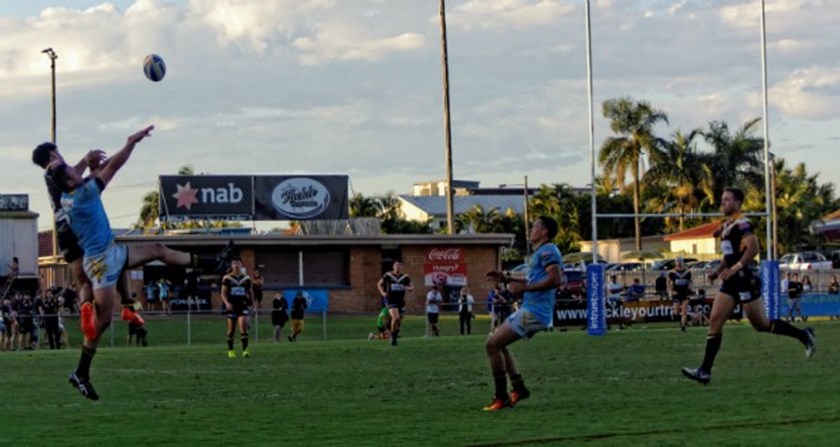 Next, Sam Wright touched down after a Scott Drinkwater sling-pass out wide. The extras were added and the two teams went to the sheds at 14-12.

The Falcons were soon on the board after the break when Devils’ captain Billy Brittain was deemed to have interfered in a kick-chase and Guy Hamilton converted the penalty.

Hamilton was again in the action, launching a bomb that bounced treacherously for the Devils and led to Donald Malone’s first of two. His second came next after the Devils spilled a simple pass close to their line.

Norths looked to have regained some spark with an attacking surge but that ended when they kicked possession away to Jeremy Hawkins, who blasted through about half the Devils’ side for a runaway try from near his own 20m line.

At the restart, Norths tried a sneaky short kick, which worked. They capitalised on the regathered possession when Delouise Hoeter crossed, and it was 30-18 with 10 minutes to go.

Hamilton wasn’t interested in a resurgent Norths, however, and slotted a field goal to stem any Devils’ momentum.

Jon Grieve breached the line once more for the visitors near the death and the conversion finalised the score at 37-18.

* A previously published score at Live.QRL.com.au was incorrect.