The third annual Bedourie Nines were held recently, keeping the greatest game of all alive in the far southwestern corner of the state.

Four men’s teams and two women’s teams converged on the small country town in the hope of winning a share of the $10,000 prize pool.

The weekend started with a good night on the Friday, bringing all the teams and officials together for a meet and greet before Saturday's big day of rugby league action.

The first game played was between the local Bogan Fleas and the NSW Outblacks.

The Outblacks are made up of a group of players from Maitland, Quirindi, Newcastle, Tennant Creek and Lake Cargelliga with some members of the team travelling more than 1700km to play footy with their mates in a boys weekend away. 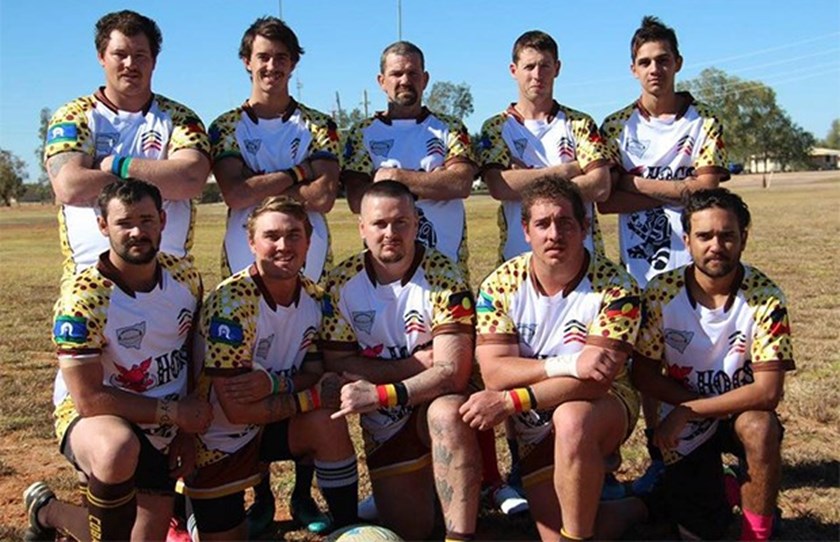 The second game turned out to be a preview of this year’s grand final with last year’s runners up, Ilfracombe Scorpions, playing Mount Isa Brothers.

Not to be outdone, a women’s game was also played with the local Bogan Fleaettes playing the Mount Isa Wanderers.

The Fleaettes were made up of local women and even though they were outclassed by the Wanderers, they never stopped trying with both teams providing plenty of entertainment for the crowd. 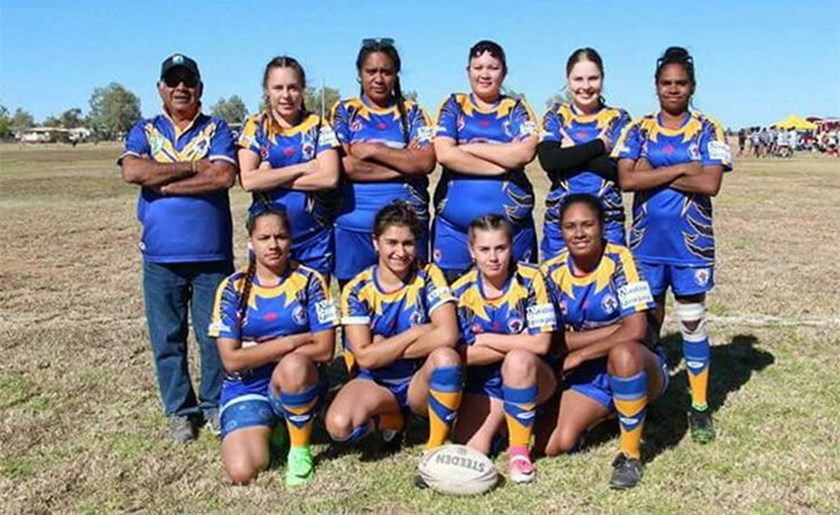 When the finals came around, all teams were warmed up and the play-off for third was won by the NSW Outblacks by one try, much to the disappointment of the local supporters, cheering for the Bogans.

The grand final was a ripper and looked to go into extra time but the Mount Isa boys finished too strong on the final siren.

After the win, the Brothers team promised they would split the prize money with their junior club to help them with a planned trip away.

Presentations were made at the end of the day with player of the carnival awards presented before everyone adjourned to the main tent and enjoyed the entertainment well into the night.

Bedourie has only recently received mobile phone and internet services to the delight of the locals but disappointment to visitors hoping for a technology-free weekend.

The local Diamantina Shire Council could not be any more accommodating in helping to promote the carnival and even though the Nines isn’t about playing the highest quality rugby league, it’s more about keeping the greatest game of all alive in the Outback and having a good time whilst doing it.

Planning has already commenced for the 2018 Nines with more teams welcome to make the journey west to grow the event and have a great time keeping rugby league alive in the heartland of the Queensland Outback.

TOUR OF THE WESTERN OUTBACK

Prior to attending the Bedourie Nines, representatives from the QRL, NRL and QLD Health attended schools in Jundah, Stonehenge, Windorah, Birdsville, Bedourie and Boulia providing gifts including footballs and State of Origin posters as a memory of the rugby league visit.

The children and the teachers from these schools give the impression they would not change their lifestyles for anything.

The schools don’t get too many visitors during the year so they were excited about having time out of the classroom to play a bit of footy at school.

NRL Game Development Officers Sally Galloway and Rod Dahl taught a number of rugby league drills to the students across the tour with some amazing natural ability on display, while others showed they had obviously been practising since last year’s visit and showed some big improvement. 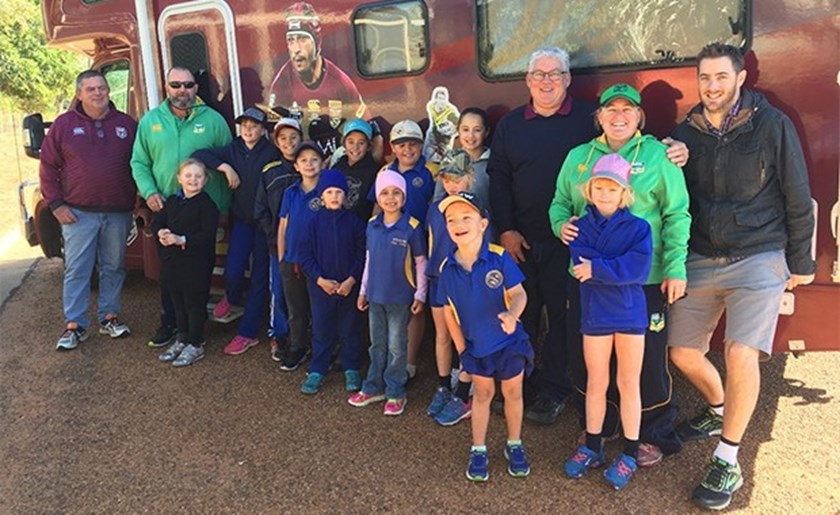 Bedourie is a small town located in the channel country of Central West Queensland, Australia, lying on Eyre Creek. Sitting on the edge of the Simpson Desert, it is located 1,600 kilometres west of the state capital, Brisbane, and 200 kilometres north of Birdsville. At the 2006 census, Bedourie and the surrounding area had a population of 142.