Two thrilling finals concluded this year’s carnival with a 16-16 draw in the Under 14 Boys final between the Central Crows and SEQ Green Water Dragons and a 42-30 win to the SEQ White Under 16 Boys side in the decider against SEQ Green. 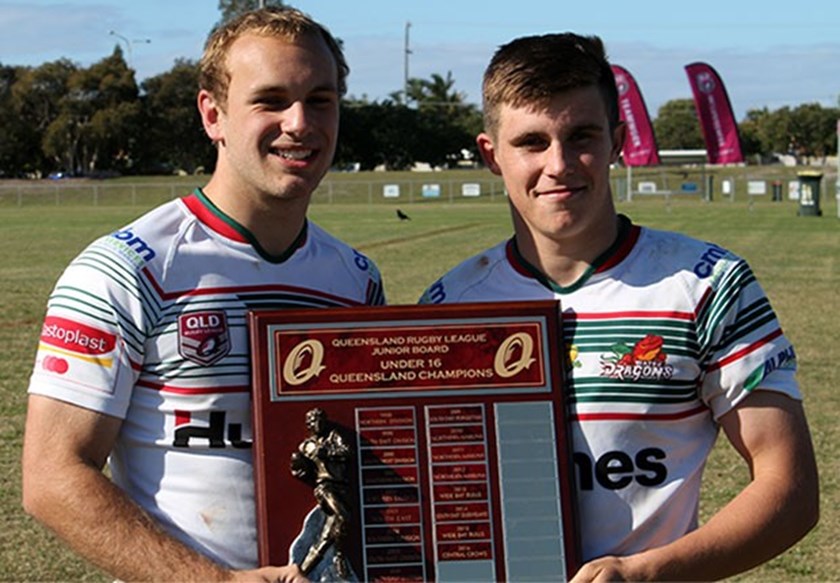 SEQ White's Will Evans and Danny Heenan accepting the Under 16 Boys Trophy.

In the Under 14 Girls division, the Central Crows claimed the Heather Ballinger Shield for the first time after remaining undefeated through the carnival.

South East Queensland successfully defended their title in the Under 16 Girls division, but not without a challenge from the Central Crows in the final days. The Central Crows Under 14 Girls accepting the Heather Ballinger Shield.

At the conclusion of the carnival, the best players of each age division were announced:

The Queensland Under 16 Boys team was also announced following the carnival ahead of their curtain-raiser clash against New South Wales at the State of Origin decider.

For those who weren't able to attend, all games were filmed by Red Corner Promotions and full versions of all games are available to download: CLICK HERE TO VIEW THE GAMES

This year’s carnival would not have been possible without the support of the following people:

The State Junior Championships will head north next year with the Mackay Junior Rugby League hosting the 2018 event at the Mackay JRL Fields.