Results from Round 15 of the In Safe Hands Cup have done nothing to clear the congestion on the ladder. Wins to Valleys, Wynnum Manly and Logan Brothers means the five teams in the middle are separated by four points. A win is worth three points, and giving the recent form of bottom-placed Logan, they too could join the peloton. 2016 Premiers Redcliffe remain on top, at the moment. It was a round of rugby league with the biggest men in the game dancing to the tryline on several occasions.

Valleys Diehards returned to form to take the points at Emerson Park against neighbouring rivals the West Brisbane Panthers. The home side scored first out wide, with Dylan Smith busting his way over to score. Smith is making a habit of collecting meat pies at the southern end of Emerson Park, he crashed over under the crossbar last time at home.

Queensland Rangers and Panthers winger Paul Ulburg weaved his way over in the right corner to put Wests within two points, 6-4 to Valleys. The remainder of the half had it all. Solid defence being the highlight.

“That was our best defensive effort all year against one of the toughest sides in the competition,” a relieved Valleys coach Don Gailer said.

Valleys repelled a continuous raid on their line, a line the Panthers would not cross again.

Gailer said: “I was really happy how the boys went about their business and settled down and applied themselves.”

A penalty on the fourth tackle from Wests to start the second half proved costly as Valleys Trevor Collett crossed close to the upright in the ensuing set of six. Valleys again held off a Panther onslaught for the next 10 minutes. Back-to-back penalties from Wests delivered the Diehards relief and field possession. Andrew Lancaster would then burst through the Panther defence from a Rowan Klein short ball and Jack Miers would convert to take their lead to 18-4, the full-time score.

The Panthers hold on to third place on their own, while Valleys are locked with Ipswich two points below.

It was all Logan Brothers in the first half against the Tigers at Suzuki stadium last Saturday. Again Logan had a near perfect completion rate, starving the Tigers of the football. The majority of the first half had the Brethren camped in the Tigers’ den. Logan opened the scoring with a try after a grubber kick in the in goal, a handling error from the Tigers on their own line, and then a barging try from Leon Panapa.

Logan would cross two more times and with a minute to go Easts were down 26-0. The Tigers were looking at having a reverse scoreline put on them at home after the Round 7 win to Easts who won by a motser that day.

A quick 20m restart and no time left before heading to the sheds, Brandon Downey put a kick trough. Logan had no one at home. Dave McKenna then kicked ahead twice before opening the Tigers account, going over next to the uprights.

Logan scored first in the second half and Easts put three tries on, one of the best from Michael Poulia. Easts have not won since defeating the Jets in Round 12, while Logan have not been defeated in their past three matches with two wins and a draw.

Wynnum Manly and Ipswich were up bright an early for their Sunday morning clash at Davies park. The Seagulls flew the highest first with Mitch Buckett delivering the cross-field kick in to the in-goal for first points. The Jets counter-punched with two long-range tries from Bernard Mosby and Tu’u Mauri. The four pointers kept coming, one from each side before drinks, the Jets in front 16-10.

Benaiah Bowie crossed over from a cross field kick after half time, followed by a Mitch Ensby crossing. The big units combined for Wynnum Manly with a Josh Hoffman pop pass to put fellow prop Bailey Crompton through a gap. Crompton survived two attempted ankle taps before scoring. The forwards weren’t finished as Semisi Ahoafi bumped two defenders away to score in the corner.

Wynnum Manly’s victory has them second on the ladder to Redcliffe, while the Jets join Valleys equal fifth above Logan Brothers.

Redcliffe Dolphins had the bye. 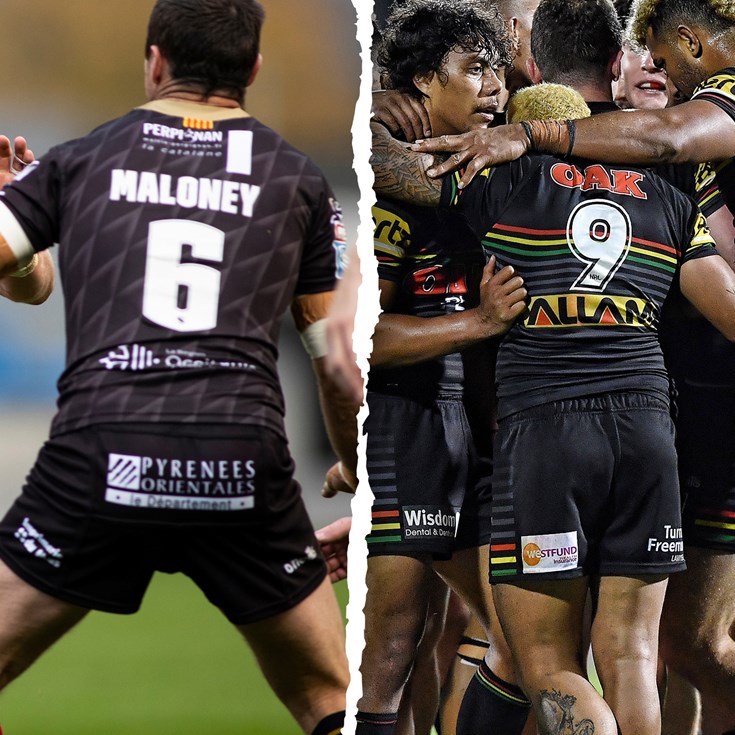