The Waterford RLFC have a massive day planned to help promote a great cause, rugby league’s State of Mind initiative through their Listen, Love, Learn Round community event.

The round will promote community awareness of Mental Health, Anti-Bullying and Teen Suicide Prevention.

The Demons are a grassroots State of Mind club and implemented the program for their players after experiencing first-hand the devastating toll it can take after a young player lost his life to suicide.

As a result, the club have also implemented their own club and community program to convey an anti-bullying message.

Waterford Coaching Director Brad Gough said his club were pushing extremely hard to promote mental health awareness and highlighted the clubs strong anti-bullying message throughout the community and have done so thanks to club members letting people know there is help.

To help with the promotion of the club’s message, the Waterford RLFC are hosting their first annual Listen, Love, Learn Round tomorrow (Saturday, July 15, 2017).

The day will see multiple games played in a full day of rugby league action at the club – as well as heaps of other activities for the community to engage in.

As part of the promotion of Mental Health, Anti-Bullying and Teen Suicide Prevention, the club has been granted permission to host the clubs Under 15 Division 1 game against Rochedale as a curtain raiser for the Open 1s and Open Premier Grade matches. 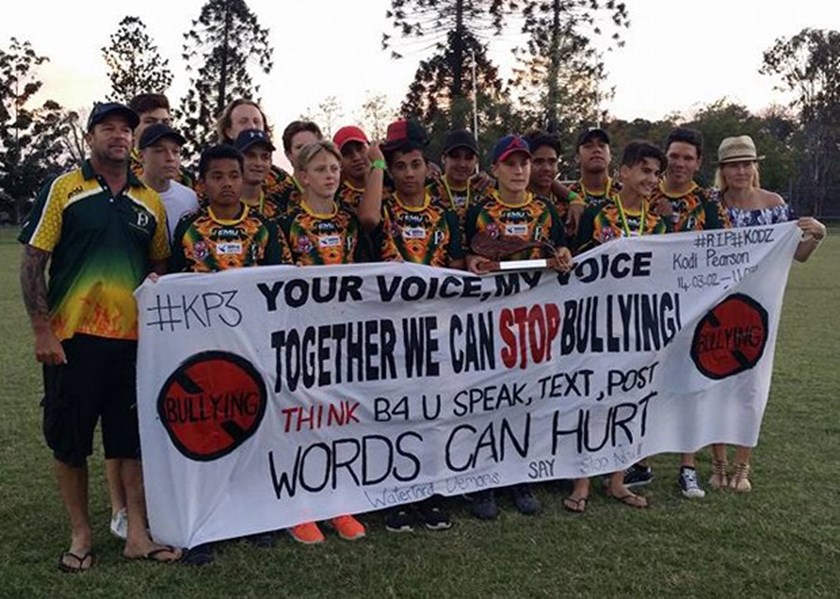 The Waterford Under 15s promote their anti-bullying message. Photos: Supplied

There will also be taster events to promote female participation in sport; including Zumba classes, female rugby league development training as well as other activities to promote alternative activities for women and girls.

As a State of Mind event, there will be mental health education sessions, with some being conducted by Marsden High School mentors from the MTC Program.

Fans will have the chance to get themselves a framed and signed Brisbane Broncos jersey in club’s auction; while State of Mind ambassador David Shillington will host a Q&A with some Broncos players.

Other activities on the day will include dancing, a 30m long inflatable obstacle course, and Goughy is hopeful of a pop-up barber shop coming along.

The Listen, Love, Learn Round event will be held at Waterford Rugby League Football Club, Noffke Park, Armstrong Road, Meadowbrook with gates opening from 10am.

For more information, head to www.waterfordrlfc.com.au or find them on the Waterford Demons Facebook Page

*If this story has affected you and you need to talk, call Lifeline on 13 11 14 or head to lifeline.org.au.