The Winton Devils regained the prestigious premiership trophy in the Central West following a 32-16 win over the Ilfracombe Scorpions on Saturday.

For the eighth year in a row, both teams met each other in the big dance, but the Devils reversed last year’s upset to secure their seventh premiership in eight years.

These two teams have certainly set the standard for the Central West and played a highly entertaining game with some spectacular tries and some good big hits.

The Devils got away to an early lead and were ahead 12-0 at halftime.

The Scorpions came back strongly in the second half, scoring first to bridge the gap to 12-4; but three quick tries to Winton followed and the Scorpions were never able to close the gap.

The player of the final was awarded to Devils’ front rower Jason Fogarty after a big game, scoring two tries and showcasing plenty of big hits.

The local team had plenty of support with a good crowd attending the Eric Lenton Memorial Field to watch these sides tussle for the trophy.

The town was also painted in the iconic blue and yellow Devils colours, with the club hosting a competition during the week for the best banner on display in town.

At halftime, the winner was announced with Katriena and Cameron Kennedy winning the $250 prize for their display out the front of their home. 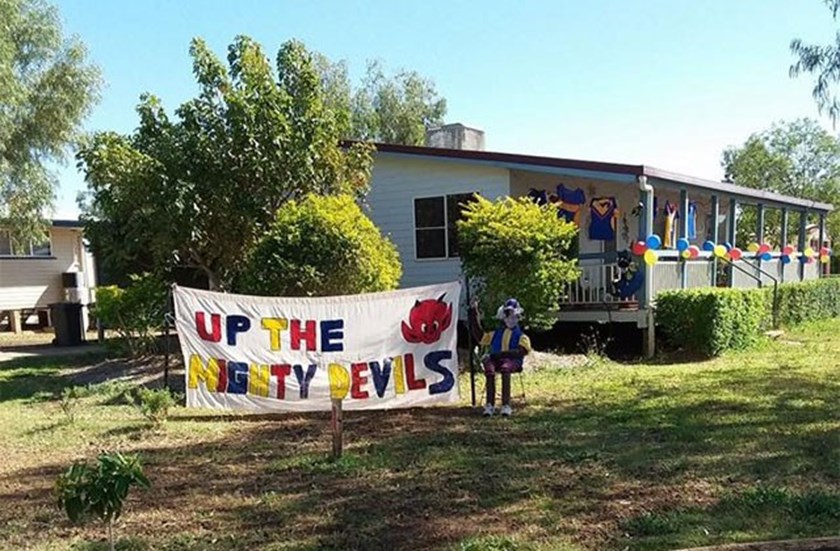 Winton celebrated well into the night and into Sunday whilst the Scorpions, who can hold their heads high, made the long two-hour trip home without the cherished trophy that they held prior to the match.