Australia have overcome a gallant England side 18-4 in a tight opening World Cup clash in Melbourne on Friday night.

The Kangaroos scored three tries to one but England showed they were more than capable of matching their old foe.

While the result didn't go England's way their bigger concern will be the fitness of star forward Sam Burgess, who was sidelined in the first half with a knee injury.

The home side set the tone with a bruising opening set in defence but it was the English who scored first, winger Jermaine McGillvary crossing in the corner in the fifth minute from a sweeping England backline movement.

The Kangaroos then dominated possession over the next 10 minutes to force three repeat sets of six but England managed to hold their line.

A couple of unforced errors led to Australia's first try with Matt Gillett scoring in the 22nd minute off a Cameron Smith cut out pass.

England remained in the contest and pressured the Kangaroos' line in the second half, but when Australia were awarded a penalty within striking distance they took the two points through the boot of Smith to extend their advantage to eight.

Josh Dugan's 70-metre run within a minute to go capped off Australia's victory. 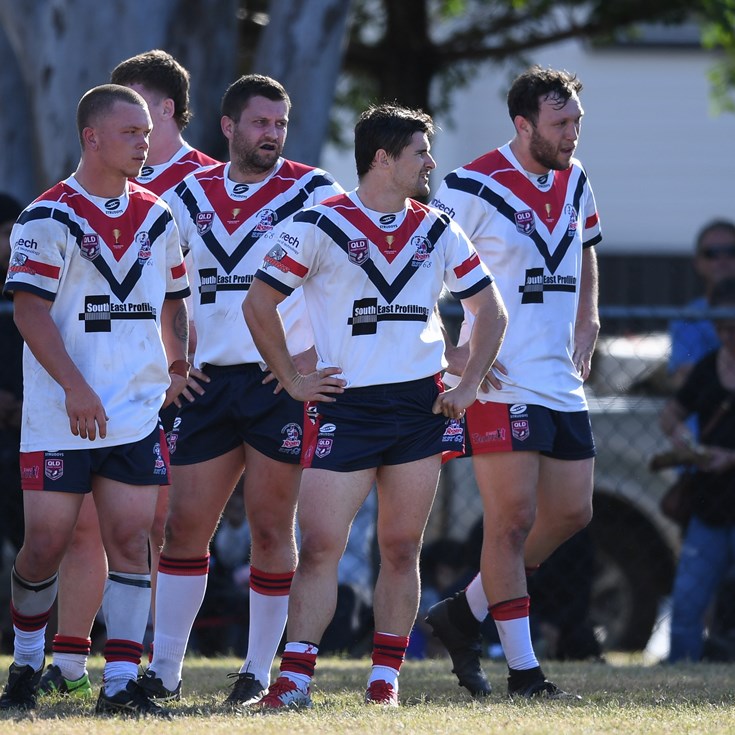