A proud Innisfail junior, Slater made a surprise appearance on the night after playing for the Kangaroos in their World Cup quarter-final win over Samoa in Darwin the day before.

He spoke passionately about his time growing up in Innisfail, a major township of the Cassowary Coast Region which is renowned for its sugar and banana industries.

Moore spoke about the region’s significant contribution to the game in Queensland and presented a plaque to Centenary Committee Chairman Jim Arnell.

-          Rugby league has a strong foothold in the hearts and minds of people in NQ and the townships of Innisfail and Tully are no exception.

-          Innisfail had its own competition with many clubs over the years and also competed in all the various inter town competitions from 1921.

* Jim Paterson was selected for the 1960 Australian World Cup squad while playing in Innisfail and former Australian representative Bob Banks was captain of Tully when they won in 1963. 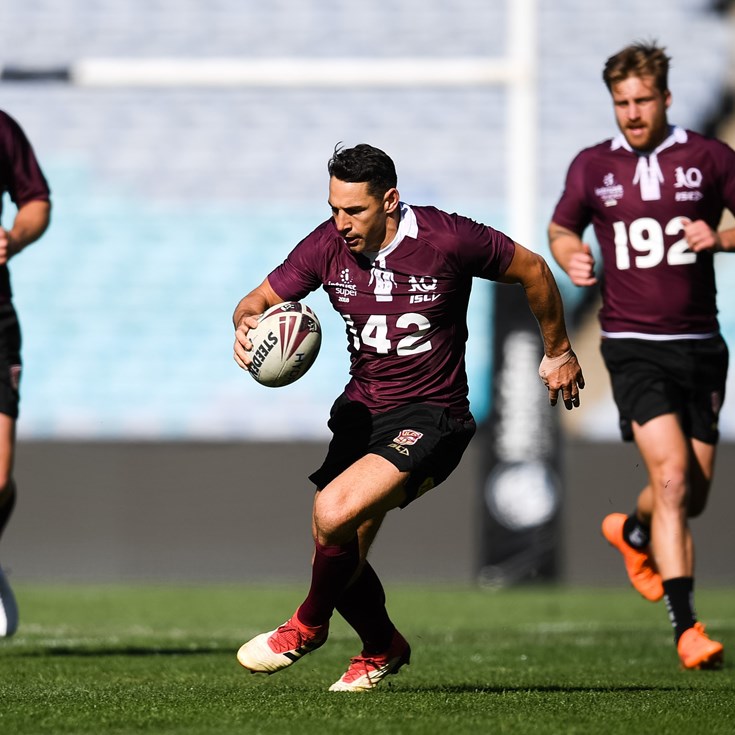 Slater the best fullback of all time: Renouf