Australian and Queensland Maroons halfback Cooper Cronk has called it a day, announcing his retirement from all representative football in the aftermath of Australia's World Cup triumph.

In what many will see as a huge boost to NSW's hopes of ending Queensland’s State of Origin dominance next year, Cronk has decided to follow fellow champion Johnathan Thurston out of the representative arena after an illustrious career in both the maroon and green and gold jerseys.

Cronk informed Australian coach Mal Meninga and Maroons coach Kevin Walters during the week; breaking the news to his team-mates at an emotional gathering the night before the final against England.

“I knew that Origin III was going to be my last game and I played as if it was my last."

“When I originally announced I was leaving Melbourne I thought it was going to be the end anyway,” Cronk said after his 38th and final Test match for the Kangaroos.

“I knew that Origin III was going to be my last game and I played as if it was my last.

“It wasn't until the finals came around I felt like I still wanted to play and had the desire. Then when the Roosters offer came through after the final it just felt right.

“I was actually hopeful Thurston would be here so we could have a ticker tape parade for him and I could slip in underneath.

“Out of respect I told Mal early on in the week this was going to be my last time. I rang Kevvie Walters on Friday afternoon before I told the group on Friday night.”

On the surface, it appears Cronk is hanging up the boots from the representative scene to focus on the new chapter of his club career when he joins the Roosters in January. However the Kangaroos No.7 insists his new role with the Roosters had nothing to do with his decision.

“There's probably two reasons for it; I've had one hell of a run and I never thought anything like this would even be possible in my wildest dreams for a kid who grew up here 20 minutes from the south side of the Brisbane,” Cronk said.

“I never knew, thought or hoped. I think it's time for someone else to grab a few of those memories and moments.

“I've had my fair share. I've had a great run, been very fortunate and blessed for everything that has come my way and I think it's time for someone else to put their fingerprints all over this footy team and grab their own memories.

“The other reason is a personal one. Rep football takes a lot of dedication and time away. I think this is a really good time to know that this is an endpoint.”

The Kangaroos also had James Maloney in their World Cup squad. But Cronk believes Morgan has proven he is ready to take control of the Maroons and Kangaroos through his breakout performances in 2017.

“There are a few five-eighths in the team that could transition into it,” he said.

“Michael Morgan has been a tremendous find and talent in the halfback role.” 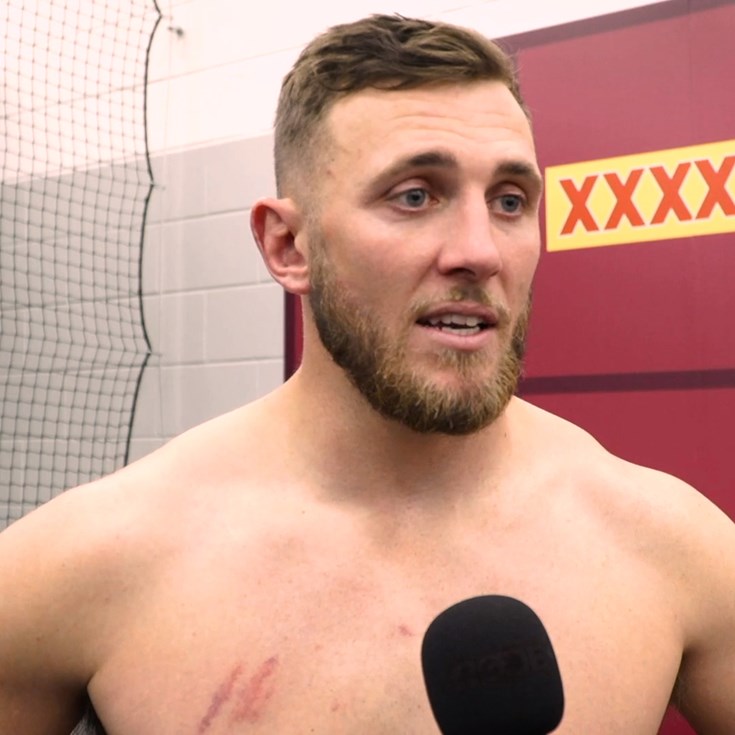