A snapshot of the injury news at all 16 NRL clubs, including a couple of unwanted headaches for Cronulla Sharks coach Shane Flanagan.

The news is not good for promising speedster Sione Katoa after suffering a double break in his jaw against the Cowboys, which he initially tried to play through in his NRL debut.

The youngster had surgery in Townsville on Saturday and will be sidelined for at least two months if not longer.

Luke Lewis is also out for 3-4 weeks due to a planta fascia problem in his foot sustained in training.

Jarrod Wallace (groin/shoulder, suspended until round 3)

Darcy Lussick's recovery from a high ankle sprain sustained in the club's first pre-season trial is ahead of schedule and may only see him miss Manly's first two games. The club has reported a clean bill of health out of it's golden point loss to Newcastle.

While no definitive call will be made until midway through next week, Storm officials are ''fairly confident'' veteran fullback Billy Slater will return from his shoulder concern to play his 300th NRL game in front of an AAMI Park home crowd against Wests Tigers next Saturday.

Back-up fullback Jahrome Hughes remains sidelined for at least another fortnight, with Melbourne reporting no injury concerns out of their round one defeat of the Bulldogs.

Michael Morgan is set to return to the Cowboys scrumbase for the Queensland blockbuster against Brisbane after sitting out round one with an abdominal strain picked up earlier in the week at training.

Lachlan Coote is a far less certain proposition with his hamstring issue.

Parramatta are taking a cautious approach with Clint Gutherson's knee injury, with his return pushed back from round three to round eight by the Eels. Tony Williams is suspended for the opening two rounds but should have recovered from a knee injury once that is served.

Tyrone May (knee, running, round 5)

Prop Paul Vaughan has been cleared of any injury from the heavy shot that landed Broncos prop Jayden Su'A on report and left the Dragons big man physically ill on the Kogarah turf.

Luke Keary will once again need to pass a series of cognitive and fitness tests to line up for the Roosters in round two as they take a conservative approach with his return from a broken jaw. After suffering worrying concussion symptoms as a result of the injury, Keary's ongoing headaches have now subsided with the strength in his jaw now the major concern.

Issac Luke sustained a head knock late in Saturday's win over South Sydney but was cleared in his subsequent HIA.

Josh Reynolds' cruel hamstring injury suffered 24 hours before his Wests Tigers debut is expected to keep him out for a month.

Veteran forwards Chris McQueen (neck) and Suauso Sue (hamstring) both made successful returns from injury through reserve grade in round one. 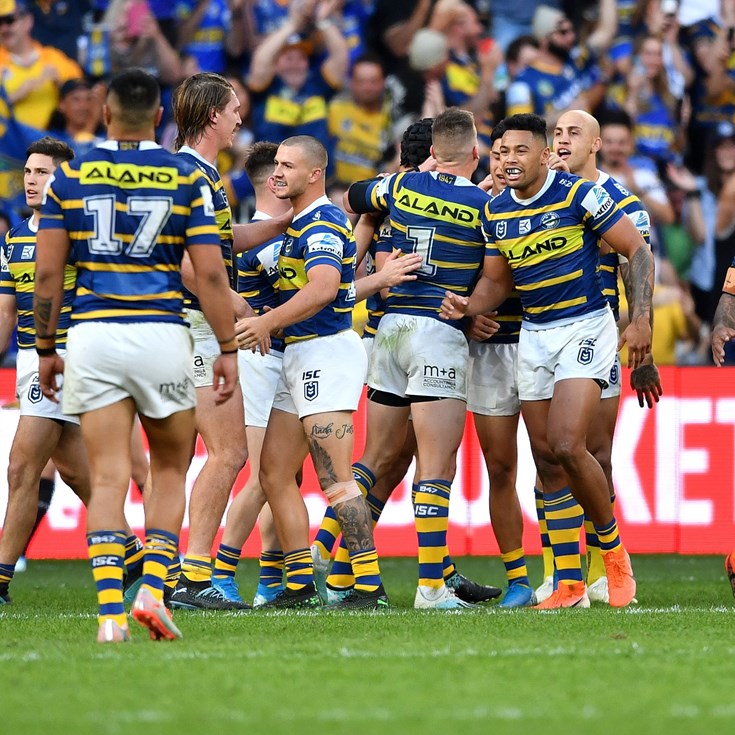