The goalpost of God had the final say on a freaky Friday night.

It saved the Brisbane Broncos at the death of their stunning 24-20 win over the North Queensland Cowboys in a finish that can only be described as the most bizarre seen in an NRL game for many a year.

With 90 seconds to go and the Broncos leading  24-20, Johnathan Thurston threw an inside ball to send Scott Bolton on his way to what seemed certain to be the match winner, but the giant prop collided with the padding of the goal post at the southern end and lost the ball.

Whoever writes the scripts for Broncos-Cowboys games wouldn't be out of place in Hollywood.

In the third minute of the game a Thurston grubber deflected off Matthew Lodge’s foot and Jordan McLean scooped it up and planted the ball on the line.

A penalty not long afterwards had the Cowboys ahead 8-0. They were dominating.

The Broncos did well to repel raid after raid and it was a short kick-off from a line dropout by Jamayne Isaako that saw Brisbane regain possession and get back into the contest.

Three Broncos tries in nine minutes followed but it could easily have been five or six.

Tevita Pangai Jnr was given a start to herald a new era for the Brisbane forwards and he delivered with a try in the 19th minute on the back of sheer strength.

Anthony Milford said before the game that he wanted to reboot his running game and he delivered on his promise mid-way through the first half with several decisive efforts.

It was fortuitous, but deserved, when Andrew McCullough put in a kick that appeared to be headed for the Brisbane River. It landed just inside the dead-ball line and bounced back into the waiting arms of replacement centre Tom Opacic.

A slick passing move involving Darius Boyd and Opacic then sent Corey Oates flying down the left edge and Alex Glenn backed up on the inside to give the Broncos an 18-8 lead.

A try was disallowed on the stroke of half-time when Sam Thaiday pushed Ben Hampton out of the way before Joe Ofahengaue planted another McCullough kick. A Nikorima bust and subsequent infield kick almost bounced up for Boyd as the Broncos finished the first 40 minutes on fire.

The first half was soured for Brisbane by a broken jaw to Kahu after he put his body on the line in a tackle.

The Broncos had the better of the opening 20 minutes of the second half but it was the tried and true combination of Thurston and Gavin Cooper that reduced the margin to four. It goes without saying that Thurston held up a ball for Cooper to run an inch perfect line to score.

James Roberts is a game changer par excellence, and the dazzling Broncos centre weaved his way through tired Cowboys forwards to send Nikorima in under the sticks with 10 minutes to go.

Contests between these two sides are never dead and buried and three minutes later it was Thurston who went on his own and put Jake Granville over to narrow Brisbane’s lead to 24-20.

As 46,080 sat on the edge of their seats, Bolton provided a late moment of drama that suggested the football Gods had decided to smile on Brisbane in the ultimate moment of divine intervention. 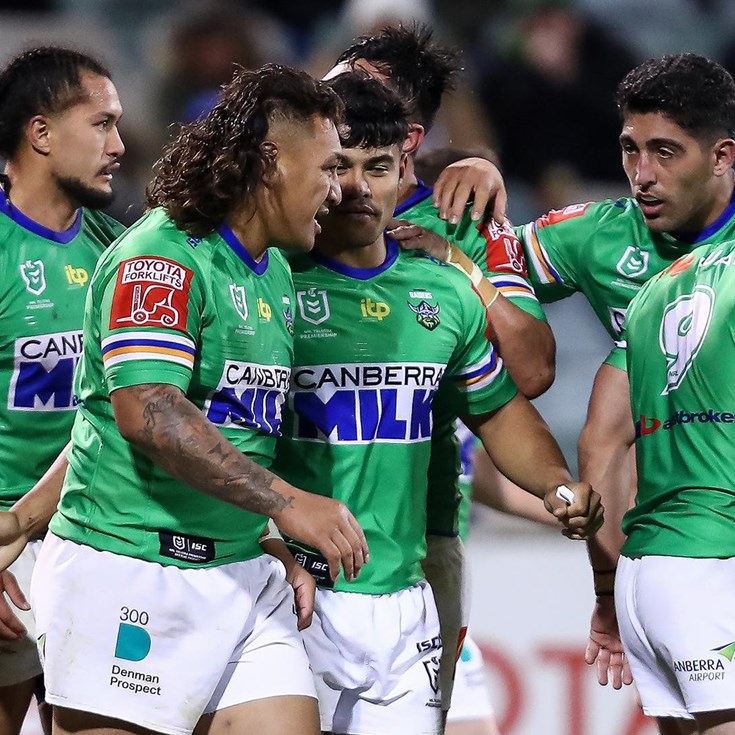