Fan favourite Tyrone Peachey took over an hour to get on the field and less than 15 minutes to break the Penrith Panthers out of jail with an 18-14 defeat of South Sydney Rabbitohs and their second come-from-behind win in as many weeks.

A slew of Panthers dropped ball and basic errors saw the Bunnies skip to a 14-0 half-time lead, and kept Anthony Seibold's first win as an NRL coach on the cards until the final five minutes.

Just as Parramatta put 14 points on a lacklustre Penrith in round one before they found their way off the team bus, not until second half tries to Trent Merrin and Waqa Blake did they force themselves into the contest.

Peachey, who is off to the Titans in 2019 amid suggestions of a falling out with coach Anthony Griffin, watched all this from the bench with the Panthers crowd calling for his injection into the game.

Having been demoted from the starting side when Dean Whare was passed fit to line up in the centres, Peachey entered the match at the 62nd minute, and by the 75th was charging onto a Nathan Cleary pass for the match-winner.

While the Panthers gathered steam throughout the second stanza, a gutsy red and green victory had still loomed large despite captain Greg Inglis copping a game-ending head knock in the 46th minute.

As Penrith fumbled their way through the first half, the Rabbitohs ran hot when rare chances came their way.

George Burgess and James Fisher-Harris provided the entertainment that countless dropped ball by both sides threatened to scupper, belting each other up and down the paddock in a classic big man battle.

Not until yet another Panthers mistake two minutes from the break were the scorers troubled again, with Damien Cook's clean pair of heels splitting Penrith from 20 metres out for a telling half-time lead.

Sam McKendry sent one hell of a scare through the home camp to start the second half when he awkwardly twisted the right knee that has been reconstructed twice in the past two seasons.

The ex-New Zealand prop was soon back to his feet, only for Inglis to rattle the Rabbitohs when he groggily made his way to the sideline for a HIA.

He was joined in the sheds three minutes later by bench forward Junior Tatola after he too copped a head knock, and with the visitors on the hop Penrith finally struck.

Merrin's spinning effort at the line provided their first points after 51 minutes, while a Maloney knock-on contesting a bomb saw Dylan Edwards denied a follow-up four-pointer with 20 to go.

Blake wouldn't be though as he powered over from a Cleary short ball, with the 20-year-old half nailing his 31st straight conversion from out wide to make it a two-point ball game.

With the Rabbitohs hanging on grimly Penrith hurled the kitchen sink and then some, before Cleary once more popped an inside pass through the Bunnies middle for Peachey to steal the show. 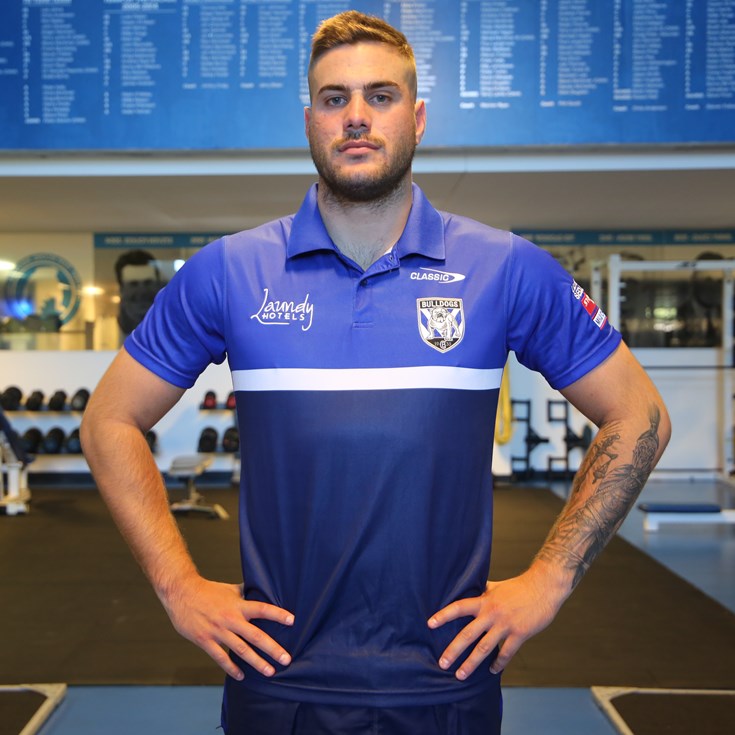 Why Inglis took a stand on racism