Two of Australia's World Cup stars are set to face off in a State of Origin front-row selection trial for NSW in Townsville as the Blues prepare for a cast of thousands to compete for middle forward rotation positions.

The Telstra Premiership clash on Thursday night will also feature Penrith forwards and former Blues middle men James Tamou and Trent Merrin, also keen to make a case for why they should get recalls for this year's Holden State of Origin series.

The competition for spots in what is essentially a middle forward rotation for Origin I in Melbourne on June 6 is intense, with at least 10 props/locks in contention.

NSW advisor Greg Alexander, who will assist coach Brad Fittler with selections, said the Townsville showdown would add to a welcome headache.

"It is one of those interesting clashes where two players that have played for Australia are battling for a spot in a NSW jumper that neither have worn yet," Alexander told NRL.com.

"Jordan was a very important member of that Melbourne side for a number of years and has all the traits of a modern day front-rower where he is mobile, big and skilful.

"Reagan has had a great start to his career and had a breakout year last season, and towards the back end of 2016, where he announced himself as a premier front-rower.

"I'm sure Reagan will come up against [Maroons prop] Matt Scott if he makes the Origin side so it is a big challenge for him against the Cowboys pair…and a big night for Jimmy Tamou up against his old club."

"Tyson Frizell played in the middle last year for NSW but might be better suited to an edge, but can play either.

"Nathan Brown had an outstanding season last year. Parramatta haven't started well but there is still two months to go [until the NSW side is picked].

"All in all you've probably got 10 blokes that play in the middle. Front-row, lock…they do the same job.

'You start with three, and probably bring three off the bench, so there are probably six spots to grab."

Alexander said any of the genuine contenders should realise that "each game is almost like a selection trial" from now on with the Blues side to be selected after round 12.

"We're coming into round four now so there is another couple of months to go for players to put up their hands," he said.

"If you've played for Australia you've probably got a little bit of an edge on someone who hasn’t played rep footy at all, but it mightn't mean that much when it comes time to pick the side, depending on the form of either player.

"Lots of things can happen in 12 rounds of footy."

Tamou and Merrin have not played for NSW since 2016 and 2015 respectively but are not out of contention.

"The line is not through anyone," Alexander said.

"A few players pick themselves but a lot of players are in contention for those positions and some will probably be filled by players that haven't played Origin yet.

"Some will be incumbents and some might have played for Australia and not for NSW.

"It is too early in this process to be saying who might be there." 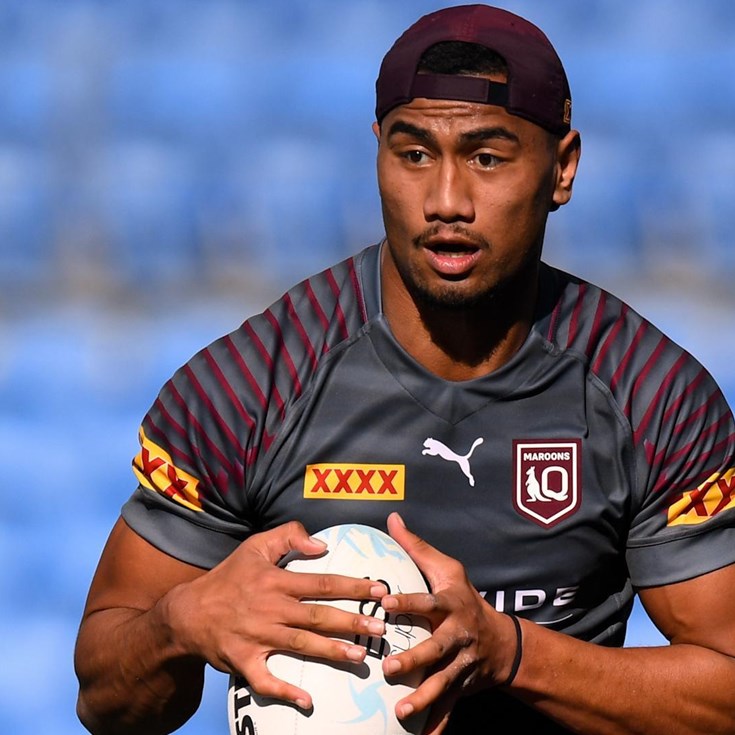