No Jonus Pearson, no Tom Opacic, no Jamil Hopoate, no worries.

A depleted Redcliffe Dolphins have recorded their second win on the trot and, at the same time, compounded a worrying start to the season for the Townsville Blackhawks.

The Dolphins prevailed 26-14 at home on Saturday night against a Blackhawks side which has now slipped to just one win in the opening month of the season.

Like NRL affiliate the North Queensland Cowboys, the Blackhawks have not won since the opening weekend of the competition.

Redcliffe led from start to finish at Dolphin Stadium, although the game was a three-tries-apiece affair.

The Dolphins opened their scoring account early with a try to second-rower Toby Rudolf in the 8th minute after some creative play by captain Cameron Cullen.

A hero last week in Redcliffe’s miraculous comeback against Wynnum Manly, Kotoni Staggs was again a shining light and proved the difference with the boot.

Originally from Wellington - and later Dubbo - in the central west of New South Wales, Staggs potted four penalties, three conversions and notched a try in the early stages of the second half for a personal haul of 18 points.

He has played only two games of Intrust Super Cup this season, but the multiskilled backrower is already in the top five points-scorers.

The loss of outside backs Pearson and Opacic to the NRL ranks has also given a chance to African childhood refugee Obed Karwhin, who made his first appearance in Intrust Super Cup.

Born amid civil war in the Ivory Coast, Karwhin walked hundreds of kilometres through the jungle to find safety before migrating to Australia.

He has since become a poster boy for Africa United, a rugby league team which exhibits the burgeoning talent from that region of the world.

While Karwhin has played lower grades with the Wests Tigers and also with the North Sydney Bears, he is yet to knock on the door of NRL and will look to Dolphins c­­oach Adam Mogg to help refine him.

Townsville also did some shuffling of their own heading into the match and switched Jaelen Feeney to halfback from five-eighth so he could have a firmer hand in running the show.

Feeney - whose normal halves partner Zach Clay was a late scratching before the game -  was able to get his team on the board just before halftime, scoring from short range, to trail the Dolphins a 10-6 lead at the break.

He scored his second of the night in the 70th minute after chip kick from winger Jonathon Ruben; but by they the game was firmly in the hands of the Dolphins. 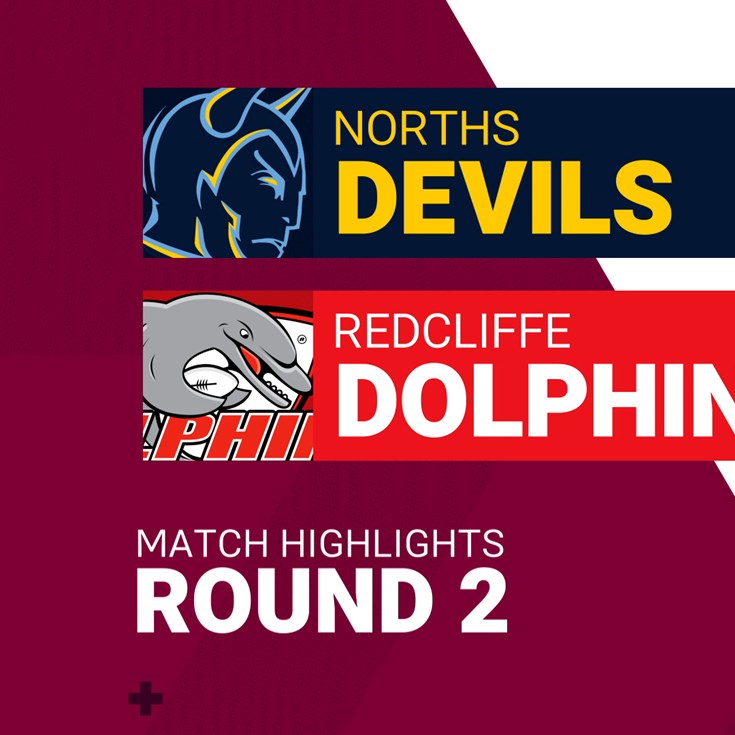