The PNG Hunters sent fan favourite Stargroth Amean out a winner after overcoming an impressive Tweed Heads Seagulls 32-18 in their Round 4 match at Port Moresby yesterday.

The Rugby League World Cup representative announced earlier in the week that he was stepping away from rugby league to pursue his studies.

The Hunters – who were looking to arrest a two-game loss streak – began the match strongly and produced a physical display in front of the home fans, led by forwards Adam Korave, Rahdly Brawa and Moses Meninga.

However, it was rookie winger Edene Gebbie who got the biggest cheer when he crossed in the corner for his first try.

Desperate for their first win, Tweed Heads responded eight minutes later through winger Kiah Cooper. With both teams successful with their conversions, the scores were locked at 6-6 midway through the first half.

The home side then regrouped as the Seagulls gave them more possession and they capitalised on the opportunity.

Man of the moment Amean muscled his way over to score and captain Ase Boas followed up that effort soon after when he dummied past defenders to cross with just five minutes before halftime.

Holding a healthy 18-0, the Hunters began the second half with intent, and scored their fourth try and second to winger Gebbie who went over in the corner to extent their lead.

The Gulls fired back through winger Kiah Cooper for his second try in the corner, while Eli Levido landed the conversion.

Tweed Heads scored again through Moeaki Fotuaika to swing some momentum back towards his team, but Hunters put the game out of reach as Ase Boas made a break to set up his brother Watson to score the final try just five minutes before fulltime. 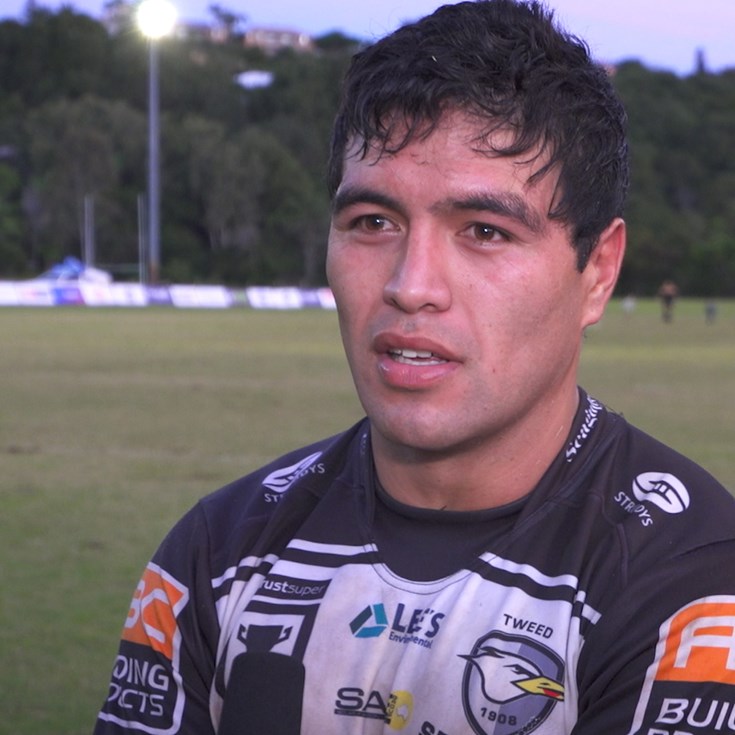