Tweed Heads produced another resounding display of attacking football to shutdown the Wynnum Manly Seagulls 66-12 in their Mal Meninga Cup encounter at BMD Kougari Oval last Saturday and are looking to build into the upcoming finals series.

The way they were able to outplay their rival Seagulls sounded a stark warning to the rest of the competition heading into the playoffs, with their win on the weekend taking their total points for in the past two weeks to 138.

Captain Blake Campbell crossed in the eighth minute to open the scoring and this triggered a first half procession for the visitors who produced a scintillating display to cross for another seven tries to head into halftime leading 46-0.

The break appeared to halt Tweed’s momentum and Wynnum managed to cross for two tries to add to their side of the scoreboard – but the visitors still managed to score 22 second half points to stamp their authority on the match.

Tweed coach Brad Davis was impressed with his side’s ability to use the football to such great effect in the first half, but admitted their second half performance left a lot to be desired.

“I was really happy with our first half and we scored eight tries, so it was pretty potent attacking footy – but in the second half, we were a little bit poor with the footy and we weren’t great defensively, so we have a little bit of work to do there,” he said.

Davis, who is a veteran of 154 Queensland / Intrust Super Cup games and a Duncan Hall Medallist in the club’s Cup premiership in 2007, has imparted his attacking nous to his side with them leading the competition in points scored with 232 points from five games.

After losing their opening round match against the all-conquering Norths Devils, the Seagulls have continued their ascension up the table and they’ve been led by Toby Sexton who leads the competition for points with 82.

Aside from Sexton, Davis highlighted a number of other key players who have formed an integral part of the Seagulls surge toward finals football, including Sexton’s halves partner Tom Dearden who himself completed a rare feat of scoring five tries in their last round match against Townsville.

“Tommy Dearden has been outstanding and his ball playing ability and support play has made him a standout alongside Toby, but it comes back to our forwards and the likes of Gorba Chapari, Dave Butler and Laz Sua who have all been standouts in the middle of the park.”

With a number of these players being sourced from the healthy rugby league nursery on the Gold Coast, Tweed also broadened their scope to include the Northern Rivers region through the facilitation of open trials to encompass players looking for an opportunity in an elite competition like the Mal Meninga Cup.

“We sourced a number of local boys from around the Gold Coast and also had an open trial to give an opportunity to those in the Northern Rivers region who were looking for an opportunity in the Mal Meninga Cup and that worked really well because we got a strong part of our squad from the open trials,” Davis said.

Ahead of their clash with the Easts Tigers this week, Davis emphasised defence as the key area of improvement to focus on in order to ensure they are competitive throughout the finals, especially when a likely match-up with a rampant Souths Logan line-up awaits.

“Because we’ve been scoring a lot of points, it has been hard for us to get in a defensive grind, so we really need to work on our defence heading in the finals in order to nullify anything those big teams throw at us,” he said.

Elsewhere in the Mal Meninga, the final round will pose a conundrum to many teams with a number of games having direct finals ramifications.

With Norths assured of featuring in the semi-finals and Tweed Heads also likely; Souths Logan will travel to Toowoomba in the hope of sealing a finals spot against the Mustangs, while the Falcons will host a desperate Ipswich Jets side who will hope results will fall their way to sneak a play-off spot. 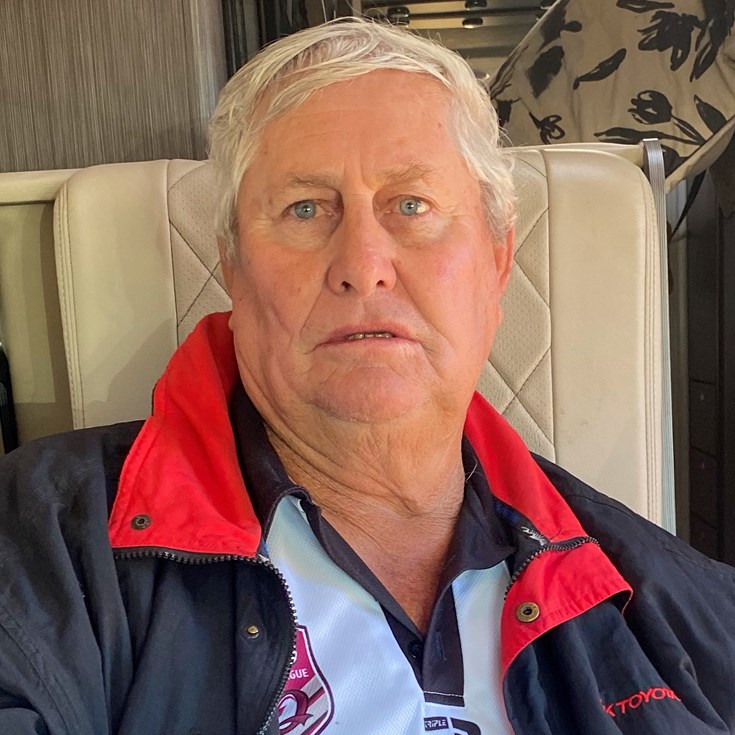