With McCullough out for up to six weeks with an elbow ligament injury McGuire spent the majority of Monday's field training session at hooker with the Broncos, a position he played in the second-half in the 34-20 loss to the Melbourne Storm once the starting rake left the field.

McGuire has also played hooker in three Tests for Samoa, the last occasion being in a win over Tonga in 2015.

Kodi Nikorima also spent some time training at dummy-half on Monday and is an option for coach Wayne Bennett either in the starting side or off the bench.

"Moose [McGuire] did most of it out there today. We've got a couple of options," said Broncos forward Sam Thaiday of the hooking position said after training.

"I thought [McGuire] went well when he went into the dummy-half position the other night. He ran when he needed to run and put the ball in the right places so he's definitely shown he's a handy replacement there, but it is always hard when you lose a player like Andrew McCullough.

"He makes so many tackles for us and he is definitely a world class dummy half."

Thaiday has played hooker on several occasions for Brisbane, the last time being in the round one loss to St George Illawarra in what Bennett said later was "a mistake".

It is unlikely he will play there again.

"I am there just in case, but I don't think I was overly ready to play dummy half at the start of this year," Thaiday said.

"I hadn't done any training throughout the pre-season in that position and I am happy to pass that baton on."

Bennett has the option of playing McGuire at hooker initially and starting with Tevita Pangai jnr at lock, with Nikorima to fill the number 14 utility role.

While the Broncos are searching for a new hooker, the Rabbitohs have an in-form number nine in Damien Cook who is in the frame for the NSW Blues.

"NSW would be silly not to pick him at the moment," Thaiday said.

"He's fast and plays off the back of those big forwards and we are going to have our hands full with him."

The Broncos did show some encouraging signs against Melbourne after trailing 18-4 when McCullough left the field in the 51st minute. They fought back to trail 24-20 before the Storm made the Broncos pay for two defensive errors at the back end of the game.

"The effort is definitely there but we just need to improve in the little areas and I am sure we will get some more wins," Thaiday said. 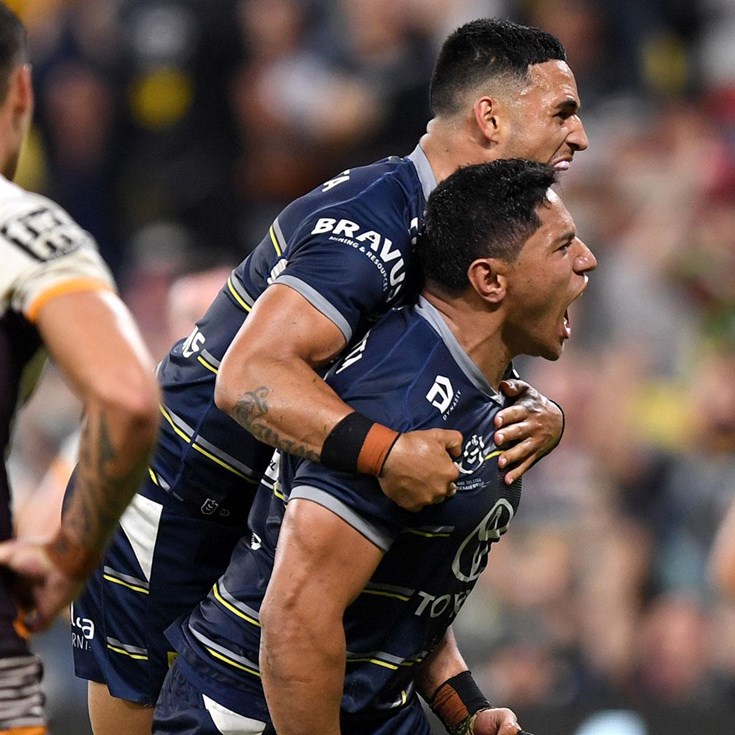 'Be the player you can be': Walters offers Milford hope for new contract