All eyes were on Kane Elgey in Mackay this afternoon, but it was AJ Brimson who stole the show for the Tweed Heads Seagulls in their big 52-24 win over the Mackay Cutters.

He started the scoring in just the third minute of play; stepping his way through defenders after Lindon McGrady dug into the opposition line before delivering a well-timed pass.

Their opportunity to attack came after Elgey earned the side a line drop-out, the first of many key contributions he made throughout the afternoon.

However, it was Brimson who sparked the visiting Seagulls when he made a key play in the first half when Mackay were still very much in the game – a purposeful charge from 20m out from his own goal line after the Cutters had kicked the ball dead – that sparked the try-scoring spree to come.

Kurt Wiltshire had earlier gotten the home side on the board when he too stepped out of the arms of defenders in the 16th minute to score, with Yamba Bowie having no trouble with the conversion.

But from then on until the final 10 minutes when they crossed for three tries after Tweed Heads had already wrapped up the win; the Cutters were not able to build pressure to produce points.

The Gulls however were in a mood, and had scored five first half tries for a 30-6 lead, with veteran Sam Meskell winding back the clock with his effort from dummy half in the 23th minute.

Noted try-scorer Brayden McGrady – who now leads the Intrust Super Cup competition with 10 tries – was over for a hat-trick in the match, including a signature Lindon McGrady to Brayden McGrady result late in the match; but this time it came from a good, flat pass, rather than a customary kick.

There were strong contributions across the park from all the Seagulls, and all three of the high-profile Titans recruits got themselves on the scoreboard, with forward Leilani Latu also charging his way over to score after a strong run.

And after only being able to convert one of their five tries last weekend, Lindon McGrady turned that form around for the Gulls, slotting eight of his nine attempts to push his side out to their biggest win of the season.

For the Cutters, it was a case of the little things letting them down – with the Gulls having the skills to really punish their errors and compound their missed opportunities.

Before the game, Cutters coach Steve Sheppard had called for his side to work on how to overcome adversity in crucial periods of games, something his side had been struggling with all season.

However, he made no excuses for where they found themselves on the ladder, despite the side losing most of their spine by Round 4.

“We have a fair few injuries to key positons, we lost Aaron Booth before Round 1, we lost Jack Joass our fullback three minutes into the first game, we lost Chuds (Cowboy hooker Josh Chudleigh) in Round 3, we lost Kyle (Laybutt) in Round 4,” he said.

“But the boys that are there at the moment are working hard at their game.”

Next weekend, the Cutters will have the chance to turn things around when they face a tough challenge against the Devils in the Channel 9 Saturday TV game at Bishop Park, while the Seagulls will rest up with the bye. 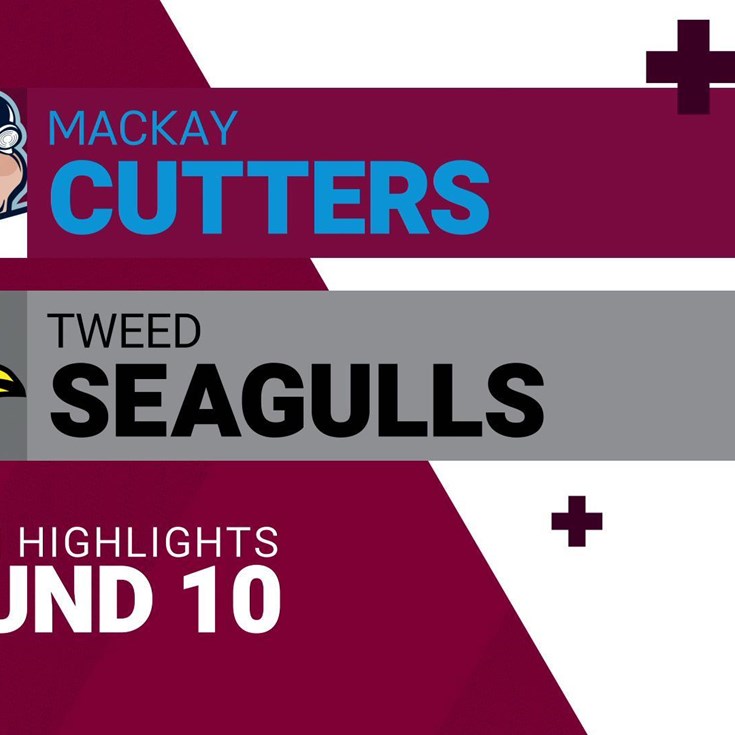