A heart-stopping end to the Mal Meninga Cup final has seen Souths Logan cling on for an 18-16 win over Norths at Bishop Park.

The Magpies came from 16-6 down to overtake the previously undefeated Devils with 23 minutes left on the clock, then hung on for dear life.

The silverware came right down to the final play of the game, not even decided until after the referee's whistle.

Norths gave away a penalty for a late tackle on what should have been fulltime, leaving Souths Logan to take a penalty tap 40 metres out from their own line.

Star player David Fifita then carted the ball forward but was the victim of a one-on-one strip by Norths opposite Ethan Bullemor, who sprinted free and kicked the ball into open space.

It was then left to Souths Logan's backs to desperately clean up, retrieving the bouncing ball and carrying it dead to seal the result.

Fullback Fanitesi Niu received the match ball from competition patron Mal Meninga as the player of the game, scoring two tries shortly after halftime to dig the Magpies out of a hole.

His second try was a pearler, starting with an outstretched catch of a wayward pass with his left hand only, then regaining his balance, stepping and weaving between a passage of defenders.

While strike weapon Fifita was well-contained, half Tanah Boyd also came into his own as the game progressed, showing no fear taking the ball to the line and creating space.

It was an arm wrestle fitting of such a grand occasion, displaying the wares of the best under 18 talent from across Queensland.

For Souths Logan, it was unheralded lock Cruise Ten who stole the show, consistently making half-breaks and mopping up in defence in a whole-hearted display.

A further try to Riki – strolling through four defenders on a big run-up – seemed to have the Devils sitting pretty and on track to end their unbeaten campaign in comfortable fashion.

Yet Souths Logan found a second wind in the stanza after halftime and, with half Boyd running more frequently and testing defenders back on the inside, they began to break the shackles.

After inching ahead by two points, the Magpies survived a final period where both teams had a handful of opportunities to swing the result.

Among those on the victorious side was towering prop Emosi Tuqiri, cousin of Maroons legend Lote Tuqiri, while Josh McGuire's brother Zak and Joe Ofahengaue's cousin Tevita both lines up for Norths.

Next Saturday at 11.20am Souths Logan will face the champion New South Wales Under 18 team, Penrith, at Redcliffe's Dolphin Stadium in the national championship game. 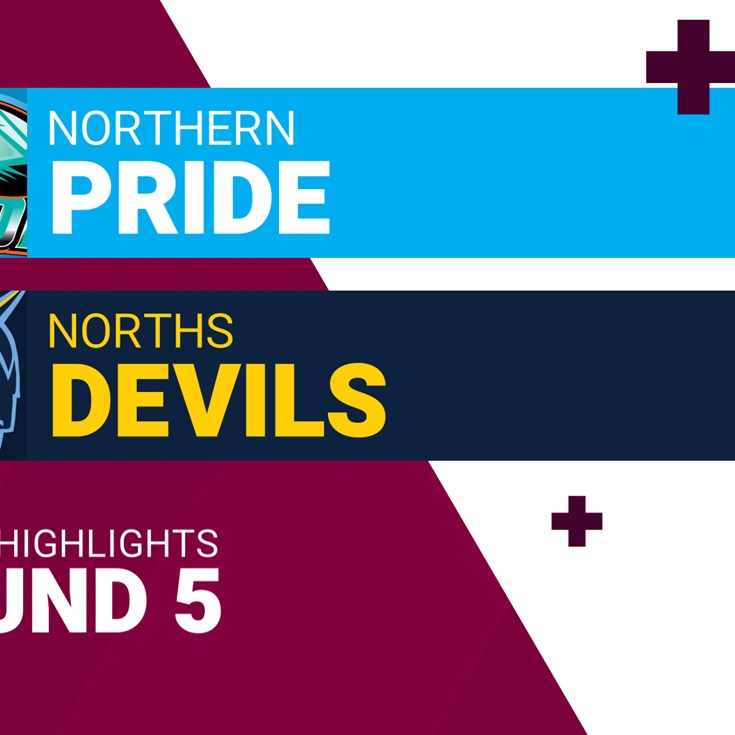