There was drama before the kick-off for Tweed Heads with the late inclusion of Titans and Tonga wrecking ball Konrad Hurrell, but it was lesser-known Titan Kiah Cooper who stole the show for his side against the Jets.

Before the contest, the Dirranbandi product had scored three tries for Tweed in the 2018 season; but he is unlikely to score two more dramatic tries in his career than he did in this match to help sink the Jets 20-18.

Like a perfect storm, Saturday afternoon at the football all came together at Tweed. Two in-form teams; with the Seagulls aiming for four wins in a row and the Jets aiming for their third on the trot.

As well as the inclusion of Hurrell, the Seagulls once again had Kane Elgey who impressed in their last-start win over Mackay.

Only nine minutes had passed before Tweed’s try scoring machine Brayden McGrady was over for his 11th try this year to extend his lead at the top of the Intrust Super Cup leading scorers' ladder.

McGrady finished some great inside work from the Seagulls and the Tweed were away.

It took Jets’ super human wrecking ball Nat Neale to wrestle back the momentum in the 24th minute when he scored his fourth try this year.

The try was a typical Neale effort, with the forward barging his way over, showing strength and leg drive after a Tyson Lofipo offload.

Julian Christian was next to score for the Jets with a beautiful try that showed his evasive skills and a Thurston-like show-and-go.

At halftime, it was the visitors who were on top and, after a Wes Conlon penalty goal, they were in the lead 12-4.

That was the way the scores stayed until former Seagull Marmin Barba scored try number 61 for the Jets and gave them what looked like a winning lead at 18-4 with 25 minutes to play.

However, the Gulls were persistent, and Elgey scored his second try in as many weeks to make it 18-10 with just 18 minutes left to play.

Those remaining minutes were action-packed and included Cooper's double and a penalty kick taken from almost on the halfway mark to win the game for Tweed.

Cooper scored in the left-hand corner twice in three minutes to get the Seagulls back to 18-18.

The Jets trudged back to halfway with two minutes left to play and kicked off short as is their way.

However, the kick-off hit a flying Sam Caslick on the knee before going the required 10 metres.

While Cooper's tries had got them level, it was over to Lindon McGrady to kick a huge penalty goal from almost the halfway line to win it - and he did, stealing the game for the home side.

Next week, the Seagulls will take on the Northern Pride; while the Jets will be at home to Norths Devils.

*Michael Nunn is a QRL correspondent covering the Ipswich Jets. 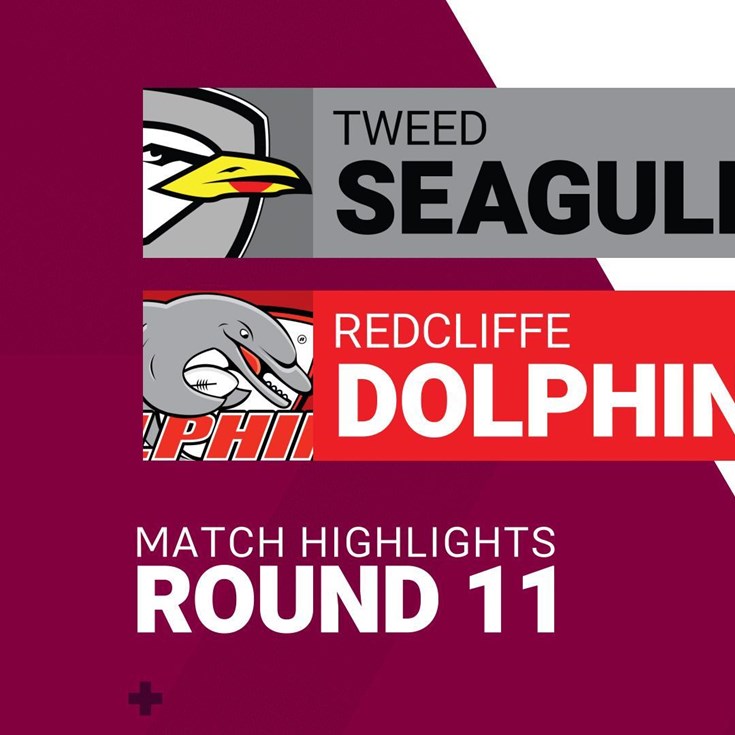 Hurrell to play for Tweed against Ipswich