This wasn't just any old win, this was a gutsy win, as Aspley (who at one stage were left reeling with 11 players), clawed their way out of trouble to upset the home side in their Northside Open 3 Round 8 fixture.

Pine Central started majestically with a try in the seventh minute to winger Siotame Feao-Kaliopasi, who brilliantly fended off two would be defenders to strike first blood.

Aspley sent the restart into the stratosphere and the swirling wind saw the Hornets knock on in front of the sticks, gifting the Devils field position.

From the ensuing scrum, Aspley's Joel Bailey sliced through a yawning gap to slide in and level the scores in the 11th minute of play.

The wind caused havoc for both sides and a wayward Aspley pass found Hornets back rower Mason Smith, who motored upfield to score and put the home side back in the lead.

The Hornets again knocked on from the restart and Devil's hooker Nelson Smith burrowed his way over from dummy half to again level the scores.

The Devil's then capitalised on some crucial territorial gains right before the siren, putting five eighth Daniel Jones in position to step off both feet and score, making it 16-8 at the break.

After the break, Aspley were reduced to 11 players due to ill-discipline and the pressure mounted in defence. The Hornets took advantage and a bullocking run by Jacob Kerene narrowed the gap.

However, the Devils showed grit and determination to hang in the contest and produce the play of the day when Will Anderson's bullet pass found winger Dylan Reus to score out wide.

The visitors continued to cling to their lead as the minutes ticked away before the Hornets launched one last raid in the dying moments.

Another surging run by Jacob Kerene saw the imposing forward cross the whitewash to snare a double and cut the margin to just two again, but it was too late as the Devils claimed an outstanding win.

* Mike Simpson is the Rugby League Brisbane correspondent for the QRL 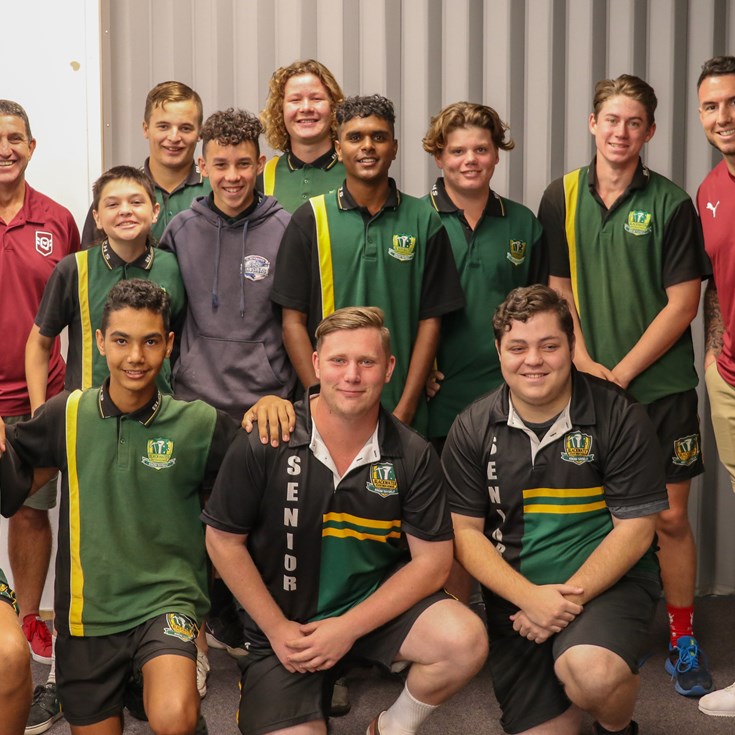 In pictures: Day one of the BHP wellbeing tour

Presented By BHP Gallery 4 mins ago