Smith, who is the most capped player in Origin history with 42 appearances for the Maroons, has informed Walters he will not be available for the 2018 Holden State of Origin Series.

"After the year that Cameron had last year, winning the Origin series, winning the NRL premiership with the Storm and then winning the World Cup...that's a very big year," Walters said.

"While I expected Cameron to play on this year, I'm not shocked as such. Origin is very taxing, there's a lot of pressure and everyone has got to be fully committed or it doesn't work.

"He's decided what's best for him is not to play on this year and we totally understand and respect that as well."

Walters described Smith's achievements in the representative arena for both Queensland and Australia as "quite incredible".

"Over the past few years, he's been at the peak of his powers, which is amazing when you consider the demands of Origin," Walters said.

"He's met all of those challenges quite brilliantly as a player and leader.

"In my two years as Head Coach, he's been invaluable from every angle, from leadership and stability to game plans. He's been as good as anyone that's been involved."

Smith said it was a difficult decision to call time on his representative career after so many special moments.

"I just feel that the time is right after 15 years of representative footy," Smith said.

"Such a long period at that level does take its toll and this decision will allow me to spend
more time with my family and will help me focus on the final stages of my club football with Melbourne.

"I've cherished every opportunity I've been fortunate enough to get in Queensland and Australian colours.

"As a kid growing up in Queensland, it was always a dream of mine to play for the Maroons, and to be able to achieve that and play alongside so many great players and work with passionate coaches like Mal (Meninga) and Kevvie has been amazing."

Walters said the focus right now should be on celebrating Smith's glittering representative career, and he would liaise with fellow selectors in coming days about the next Queensland hooker and captain.

A big challenge awaits Smith's successor given the Melbourne stalwart's enormous contribution to both the Maroons and Kangaroos.

Smith emerged from humble beginnings with Logan Brothers and Norths Devils to earn a start in the NRL with the Melbourne Storm in 2002.

He was thrust into the Origin arena the following year, playing the first of his 42 games against the Blues in Game Three of the 2003 series.

Smith made the No. 9 jersey his own for more than a decade, and in Game One of the 2017 series, he become the first player in Origin history to reach 40 games.

He played in 11 series wins for Queensland and captained his state on 21 occasions.

"Cameron's achievements on the field speak for themselves and there's little doubt he will be remembered as one of Queensland's greatest ever players," Moore said.

"He's made an enormous contribution off the field, particularly in regional Queensland where he has been at the forefront of the hugely popular fan days.

"During our camps, he always made himself available to talk to fans and young players and we can't thank him enough for his efforts." 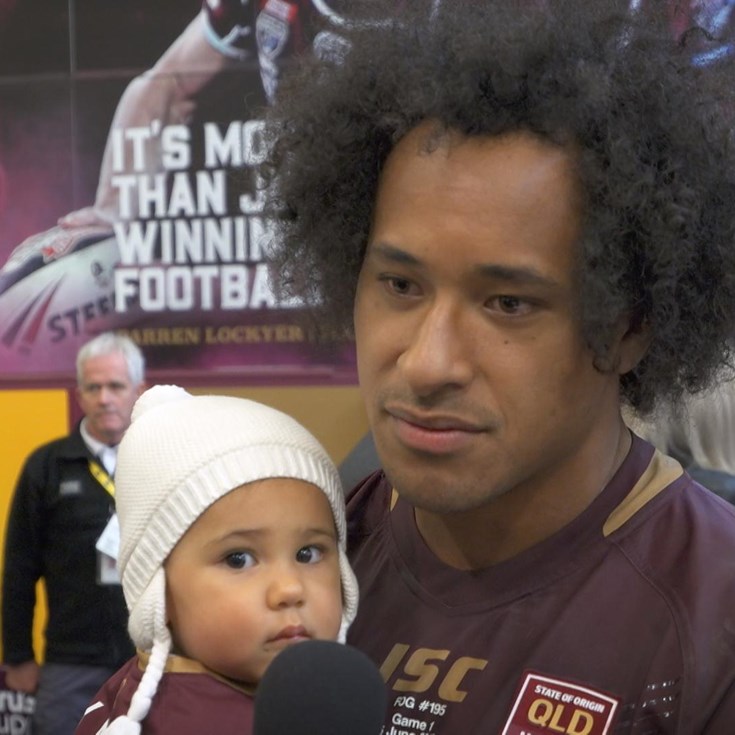