Even now, I get emotional talking about the week I made my State of Origin debut.

That's no exaggeration. It still chokes me up.

You'd think 17 years down the track that the sensation would dissipate, but it hasn't.

And that's probably the greatest insight I can give to what an overwhelming, surreal experience Queensland Origin camp is.

This coming Monday at 10am I'm expecting a handful of debutants to have their names read out when the team is announced at the XXXX Brewery.

What lies ahead for them is probably going to be the best week of their lives to date.

I was 21 when I was selected to debut in the 2001 series alongside a host of other Origin rookies. There were 10 of us in total as Wayne Bennett oversaw a changing of the guard.

Even though I was being coached at both club and Origin level by Wayne, when I received the word that I had made the squad, I thought it was the highest honour anyone could ever bestow.

My brother Shane knew the day before me that I would be selected, but he managed to keep quiet the entire time.

I don't know how he didn't blurt it out, but that's just Shane. He didn't say a word.

From there, what I remember most vividly was calling my parents to say I had made the team.
Talk about pride.

To be able to say those words to my Mum and my Dad was incredible, especially to Dad who has always been enraptured with Lang Park.

Ever since I was old enough to walk, I can recall Dad talking about how revered and hallowed the Lang Park turf was.

He used to sing Danny McMaster's 'The Rugby League Song' - which includes the line about 'whether you're on the Cricket Ground, Lang Park or the bush' - all the time around home and in the car.

He won a Brisbane Rugby League grand final with Norths Devils there in 1980 and I guess, like me, had it impressed upon him from a young age that it - 'The Cauldron' as he referred to it - was a special place where magical things happened.

It so happened that my Origin debut was to be the last game at the venue before its modern-day redevelopment.

When the Queensland side lined up for the national anthem, I was looking for my family in the crowd, thinking about how much Dad loved the place, all the history entrenched in the place.

That's where the emotion really hit me like a ton of bricks.

While I'm sure the tears were welling up, the major sensation was this immense, almost indescribable, sense of accomplishment.

That game panned out pretty well.

I'm sure less than two minutes into the game that Darren Lockyer and Big Lote had already made some inroads into the Blues' defence.

I ended up scoring on debut, as did Webb, Buttigieg and Doyle. It was like a coming-of-age party and it helped mark a turning point after Queensland had been on the wrong end of the stick the year before.

I was extremely lucky to dip my toe into Origin at just the right time.

From Game One we went to Sydney, where I scored another try but we lost the match, forcing a decider back in Queensland.

Origin III was held at QEII Stadium because of the aforementioned construction going on at what we now call Suncorp Stadium.

That was when Wayne famously put a call in to Allan 'Alfie' Langer and brought him back from England for a surprise appearance.

His return shifted current Cowboys coach Paul Green from half to hooker.

We all know what happened from there. Alfie scored on his return, Locky was carving them up, and I managed to post a sneaky little double as we won 40-14 and wrapped up the series.

Origin is a fairytale within itself. That year was off the charts. 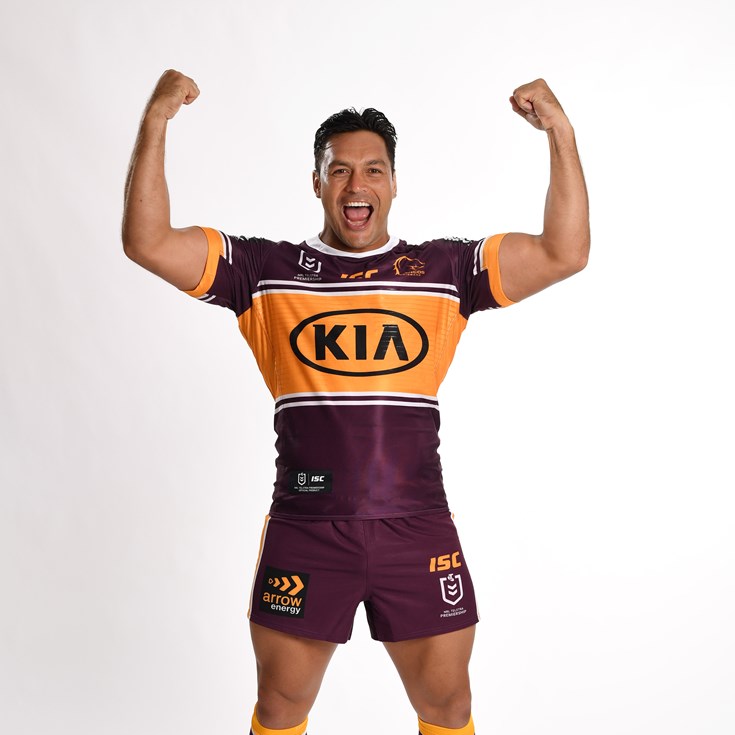 'Nowhere else but here': Kotoni keen to re-sign with Broncos

Why Patty Mills is made for Maroons camp: Walker