Queensland are unlikely to name Matt Scott in their State of Origin squad after a slow start to his comeback season from knee surgery.

Scott is facing a one-match ban for a shoulder charge in the Cowboys' loss to Melbourne on Friday night and the club won't make a decision until the deadline of midday on Monday on whether to fight his grade-one shoulder charge.

The Maroons are set to formally announce their squad two hours earlier at a function in Brisbane.

"Nobody wants to see Matt miss an Origin game but we also, as a club, have to be able to present a good enough case to win at the judiciary," Cowboys football manager Peter Parr said.

"We always have a policy here of not using up valuable time and resources if we don't think there is a strong chance.

"I must admitted it has caught us all by surprise."

Scott's grade-one shoulder charge on Melbourne's Young Tonumaipea in the Cowboys' 7-6 loss to Storm in Townsville, means the veteran of 22 Origin games will miss a week no matter which way he pleads.

"We'll take our time with a decision, have a look at the vision more fully, then sleep on it before we take our next step," Parr said.

Queensland legend Wally Lewis said the Maroons would lose nothing having Gold Coast's Jarrod Wallace start alongside Dylan Napa if Scott did not run out for the Origin opener on June 6.

"If Scott is out then Jarrod Wallace comes in to start, I have no problem with that at all," Lewis told the Sunday Footy Show.

"I'd have Dylan Napa starting with him. I know Napa has attracted some criticism but he is the type of player who lifts for Origin."

The Queensland team's preparations have been hampered by a long line of disruptions and doubts.

The Maroons are set to name an extended squad, potentially without players chosen in starting positions - they did likewise last year when facing a similar scenario.

There are injury doubts over lock Josh McGuire (ankle), who has missed a month already, halfback Ben Hunt (corked thigh), and fullback Billy Slater, who was rested from Melbourne's round-12 match against the Cowboys with a hamstring strain.

They are all expected to be named but will undergo fitness tests early in the week.

It has all the hallmarks of a Queensland team in disarray for the first time in years.

"There are suggestions from a lot of people looking in that Queensland have lost their favouritism," Lewis said on Sunday. "That happens normally but it provides a bit of inspiration.

"It's nothing against them and I think the players who will be filling in will do great jobs - each and every one of them - and there won't be any excuses offered by the Queenslanders.

Smith's replacement as captain will perhaps be the easiest choice for coach Kevin Walters with the likes of Slater and Greg Inglis at his disposal.

It's been a three-way tussle for Smith's No.9 jersey but Lewis likes Broncos rake Andrew McCullough, and not solely because he used to be a teammate of Hunt's.

"He has great vision and certainly knows where there is some space opening up - and he can throw a dummy," Lewis said, before adding the Immortal still wanted a little more attack from McCullough.

"I don't think he actually runs as much as he should himself from dummy half. He's one of those blokes who likes to feed the ball on.

"But he's got to back himself a bit and understand that in State of Origin football, especially the markers, are going to spray out and try to make sure they get hold of players like Ben Hunt and Cameron Munster." 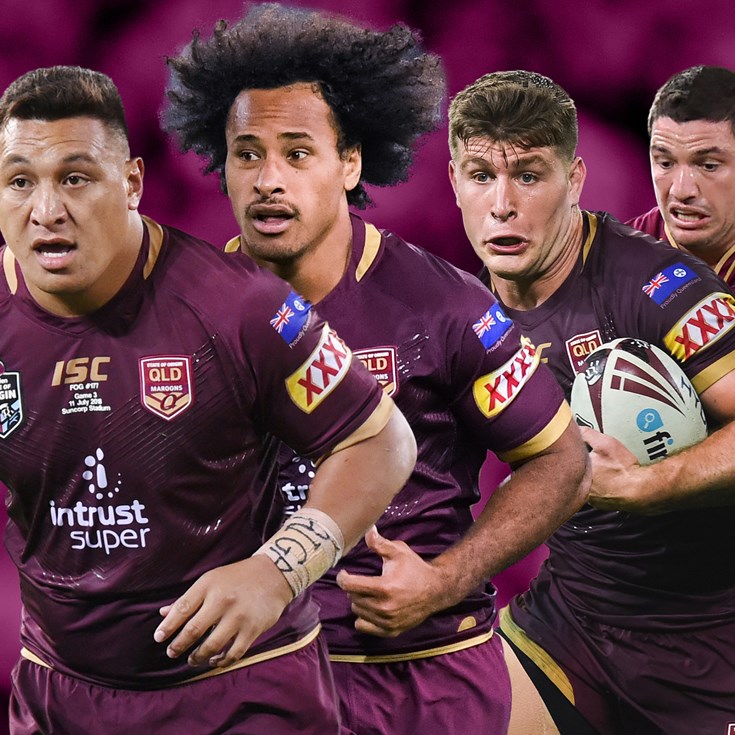