With the changing of the guard in both Origin teams in recent years, I think we're going to see a new flavour of football being played.

Look, I love State of Origin regardless of whether it's a 2-0 slugfest or a 10-8 arm wrestle.

But all signs point to some free-flowing rugby league – and spectacular tries that will inspire kids for decades to come.

However, I think if you also look at the halves, the hookers and interchange players, there's little doubt the ball is going to be thrown around a little more and players are going to take their chances.

Ben Hunt and Cameron Munster in the number 6 and 7 jerseys are going to do just as much for ad-lib, expansive footy as any of the outside speedsters I named earlier.

And what do you reckon Blues' playmaker James Maloney likes to do more – attack or defend?

Origin has become a super aggressive, no-holds-barred type of contest in the 21st Century, which is fantastic, but in some games that has meant blokes tucking the ball under their arm and trucking it up relentlessly.

My prediction is that the softening up period in the looming Origin will be 20 minutes and then we're going to see some opportunities start to present themselves.

That may not sound like rocket science, but in some Origins, it's only the last five minutes of each half that play opens up.

I notice there's been a bit of fear from some Queensland media about defending Josh Addo-Carr - and maybe that's deservedly so.

As someone who played mostly at centre and wing, and who didn't ever pretend to be the world's greatest defender, I can remember a few players who gave me constant headaches.

The three that spring to mind are Mark Gasnier, Matt Gidley and Jamie Lyon – all outstanding footballers.

I remember playing Gidley coming off the back of a pretty decent Origin series in 2001.

We were in Newcastle on a Friday night and I just needed one more good performance to wrap up an Australian jersey.

It was two days after the Origin series had been won by Queensland and, truth be told, I hadn't had much sleep.

Gidley scored three tries on me that night if I recall rightly and he set his winger up for another try.

Boy, that was a learning curve.

Another Friday night I wish I could forget happened against the Dragons when Gasnier was my opposite man.

I think he was 18 at the time and I was 19 and it was the two young bucks up against each other.

We both had pretty good performances and were butting heads the whole night.

Wendell Sailor was my outside man at that stage and he absolutely loved giving a gob-full to opponents.

He'd try and get under their skin and put them off their game, and it started rubbing off on me.

I tried to rough Gasnier up and said something about "living off the name of his grandfather", even though the Immortal Reg Gasnier was actually his uncle.

Gasnier had unbelievable, hypnotic footwork, and he pulled a move on me that left me completely bamboozled.

That night I may have been a Ferrari in attack, but he made me look like a Datsun 120Y in defence.

As he left me stranded and ran over for a try, he turned back to me and said "I guess my Grandfather would be proud of that".

There's going to be some spectacular skill next Wednesday, and possibly some gamesmanship.

I can't wait. I hope the referees let it flow and the fans get what they want to see. 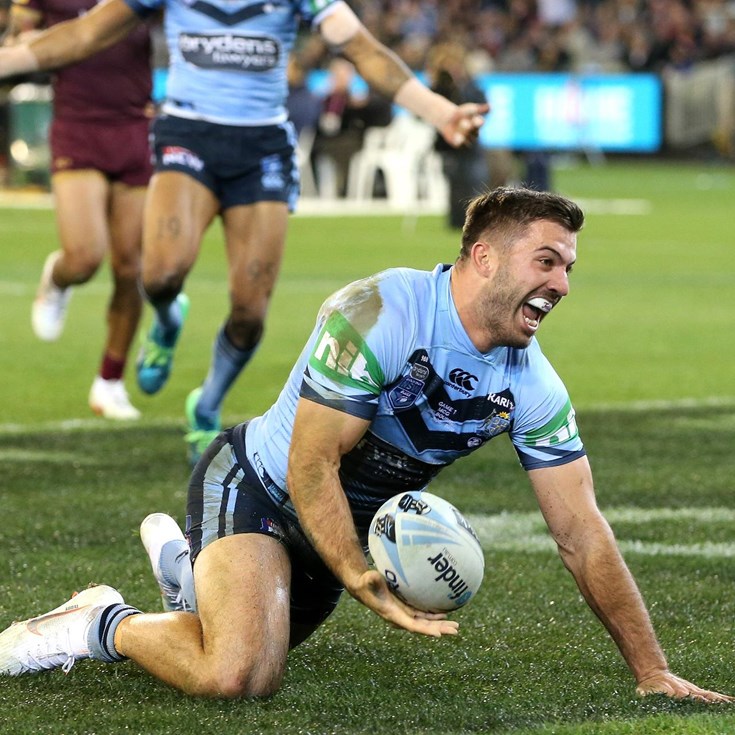 Match Highlights: State of Origin I

Team lists and details for State of Origin Game I