Strong performances from several Australian Jillaroos stars headlined the opening day of the Harvey Norman National Championships on the Gold Coast on Friday.

All six teams were in action on the opening day of the championships with the four City-Country sides from both NSW and Queensland recording victories.

The three-day event acts as a major selection process for players ahead of the women's Holden State of Origin on June 22 with both state coaches watching on with interest.

NSW City kicked off their campaign in style with a 24-4 victory over the Combined Affiliate States in the opening game.

City rested outside backs Corban McGregor and Jess Sergis but raced out to a 14-0 lead with Lavina O'Mealey and Taleena Simon linking well on the right edge to go over for tries, before two further four-pointers from the side after the break set up the comfortable win.

The side enjoyed the afternoon off in preparation for a clash with Queensland Country on Saturday.

Queensland City overcame a scare in the second half to beat the Australian Defence Force 22-10 in game two of the three-day championship.

A runaway try to Karina Brown allowed breathing space for the Queensland side with the ADF outfit impressing on championship debut despite limited rugby league experience across the park.

In the third game of the day, Queensland Country proved too good for the Combined Affiliate States under lights to notch a dominant 38-0 win.

NSW Country finished with a 34-10 victory over the ADF in the final game of the evening with Kezie Apps scoring a hat-trick.

ADF winger Julia Robinson was among the best in a beaten line-up with two tries to go with a stunning long-range four-pointer earlier in the day.

Click here to view the live stream of all Friday's matches 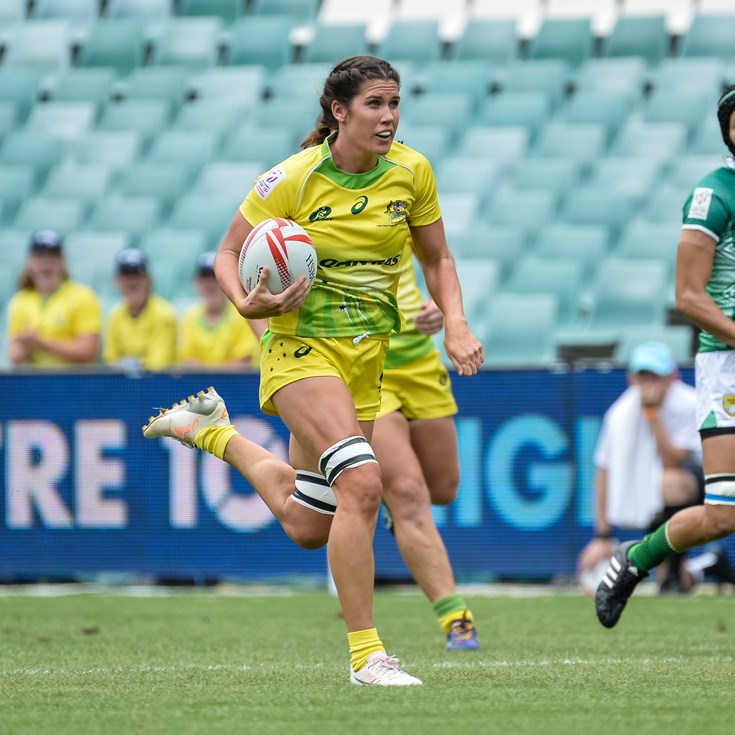 Bears undefeated, Magpies win thriller in opening round of the Holcim Cup

On demand: Holcim Cup - Round 1