After three loses in a row, the Ipswich Jets returned home to the North Ipswich Reserve against the premiers the PNG Hunters on a cold Friday night and were able to hold on to claim a close 8-6 result.

Previously, the Jets had lost their past four games against the Hunters; but this time would be different as they hosted them for their Harmony Day game that featured a celebration of PNG culture.

The return of Billy McConnachie after a year out and Michael Purcell coming from a broken arm also gave the Jets the added boost they needed.

The Jets had several changes with Sam Caslick resting some niggling injuries; with Isimeeli Hafoka in for his fourth game. Julian Christian missed his first game this year with Chris Ash was included in his place; while skipper Nat Neale was also out of the match.

The game started with the Jets taking a safety first approach which paid off in the end, with Marmin Barba securing the Jets two points in the ninth minute with a penalty goal.

Despite the low scoreline, the game itself provided plenty of entertainment and was dotted with some half chances that neither side could finish.

The Jets were the first to score when they went the short side and Seb Pandia had his first try this season; scoring against his fellow countrymen. Barba again made no mistake with the kick and the Jets had an 8-0 lead.

The Hunters hit back almost straight after when they attacked the Jets with a cross-field kick that was fielded by Junior Rau who scored his sixth try this year from 10 games.

Watson Boas made it six points when he added his 22nd goal for the season and the score after 25 minutes was Jets 8 and Hunters 6.

It looked like the Jets might have another scoring opportunity just on halftime when Wes Conlon grounded a neat Dane Phillips grubber; but he was ruled to be offside.

The game would stay 8-6 in the second half, with both sides testing it out with each other; but unable to find a solution around each other’s defence.

In the 78th minute, the Jets were awarded a penalty and they looked to put themselves further in front to get a try-lead buffer; but the kick was wide; keeping the second half scoreless.

As well as the win, Jets coaches Ben Walker and Shane Walker would have been pleased by the incident-free returns of McConnachie and Purcell who bring with them 115 Intrust Super Cup games of experience for the Jets.

Next weekend; the Intrust Super Cup will have a week off for the Representative Round which will feature the XXXX Queensland Residents taking on New South Wales Residents on Sunday night; while many of the Hunters players are expected to be in action for the PNG Kumuls in their Test against Fiji on Saturday evening.

*Michael Nunn is a QRL correspondent covering the Ipswich Jets
(PHOTO: File Image from Round 8) 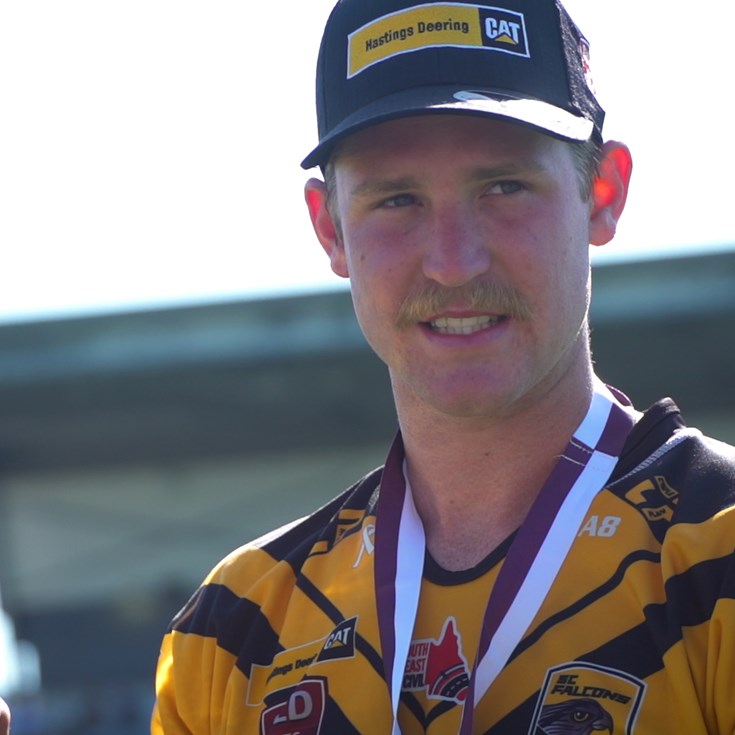