Ponga is destined to become Maroon #197 in Game II of this year's Holden State of Origin series, becoming the fourth Queensland rookie of the series after Andrew McCullough, Felise Kaufusi and Jai Arrow.

The team photo shows players in camp at their base on the Gold Coast ahead of Sunday's showdown with the NSW Blues at ANZ Stadium, Sydney.

The Queensland team will travel to Sydney on Friday, having completed two opposed sessions in recent days against the Queensland Residents - the best players plucked from the Intrust Super Cup.

Kick-off in the Residents curtain-raiser is at 4pm, with the Origin clash scheduled to commence 7.40pm.

Right click and choose 'Save As' on the below image to store for sharing on your social media channels. 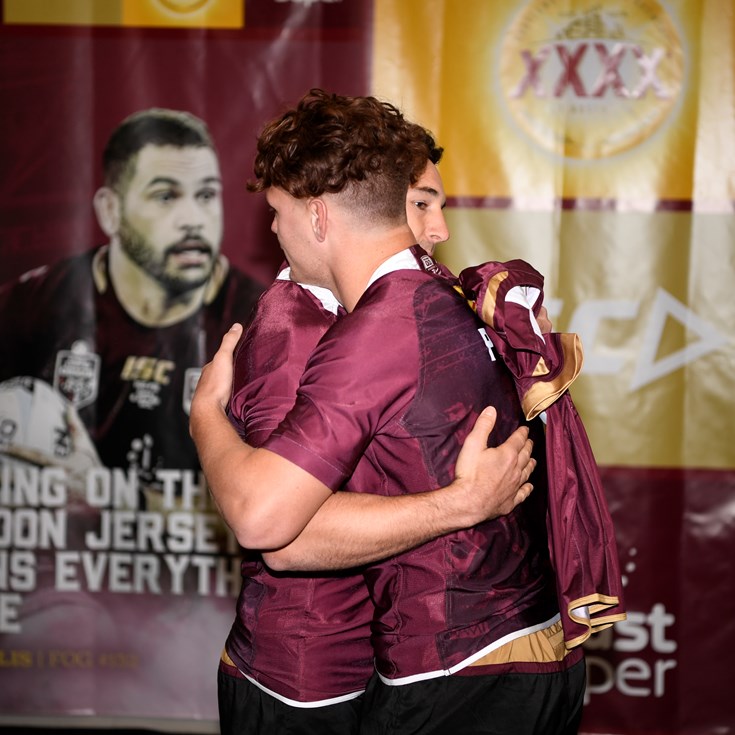 Why Ponga's made for Origin